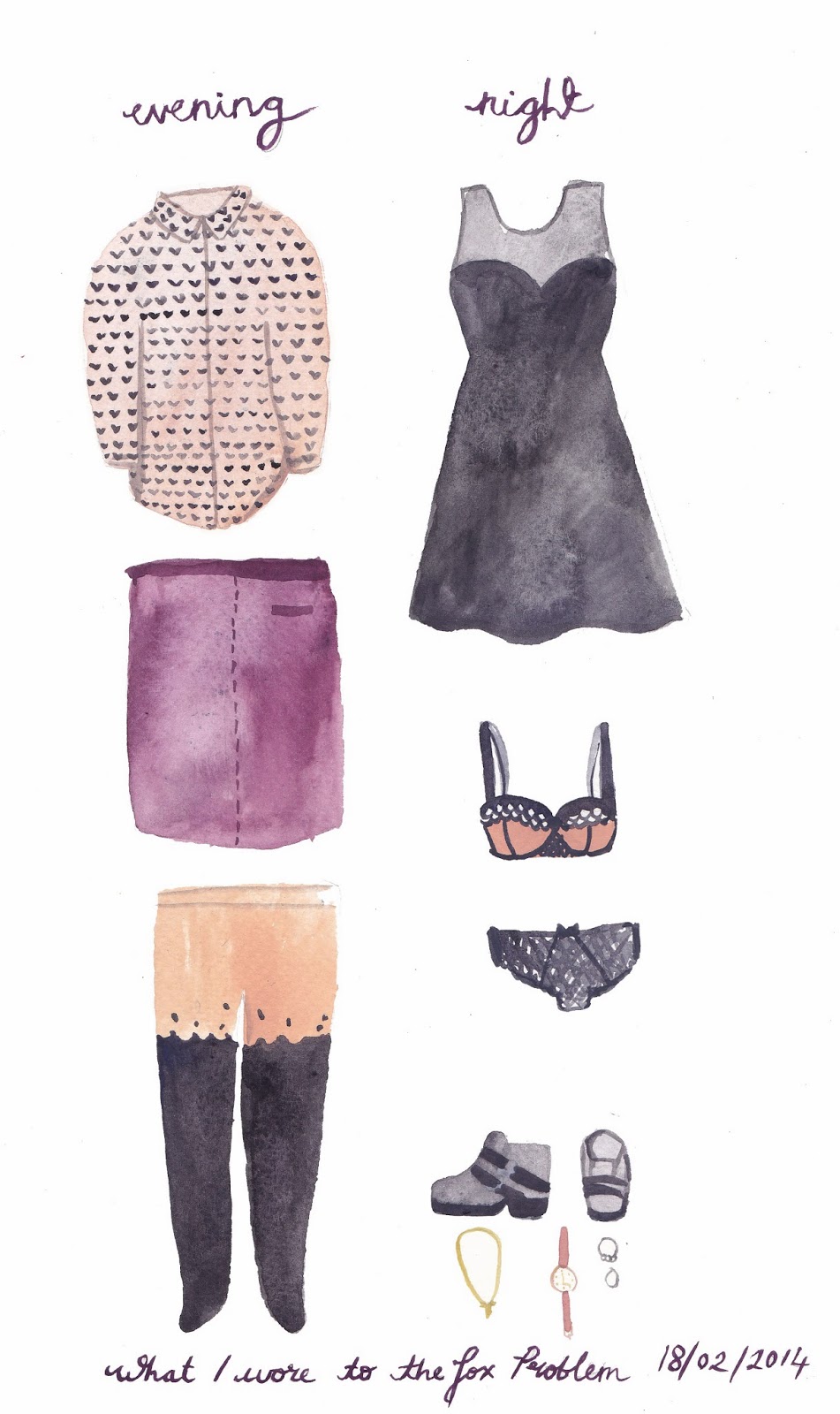 So Tuesday nights now are mine and Jaymie’s hangout nights…and we recently heard about the beautiful event created by the lovely Gem Cairney, Georgia LA and Georgie Okell  which is known as The Fox Problem ( I have some fab posts based on the Betty Magazine/fox problem event so watch this space)So we waltzed on down to Old Street to hang out with some of or faves, plus Sir Richard Branson and Cmdr. Chris Hadfield and mine and Jaymie’s Favorite Ollie Locke  who subsequently makes the best spiced rum and ginger beer, stupid drunk antics ensued!

So here is what I wore to the event, I did a swift change over into the swanky velvet black number as I was staying in a fancy hotel…more on that another time, I was a little bit in love with my fancy frilly underwear nothing like a bit of frill to make you feel sexy, even if it is hidden under clothes. I’m not to sure some of you are aware that I spontaneously decided at the weekend to get a rather large thigh tattoo…hence the tights/knee outfit as I wanted the tattoo to be able to breath. More on the spontaneous ink soon, can you tell I am about a million blog posts behind this week!!