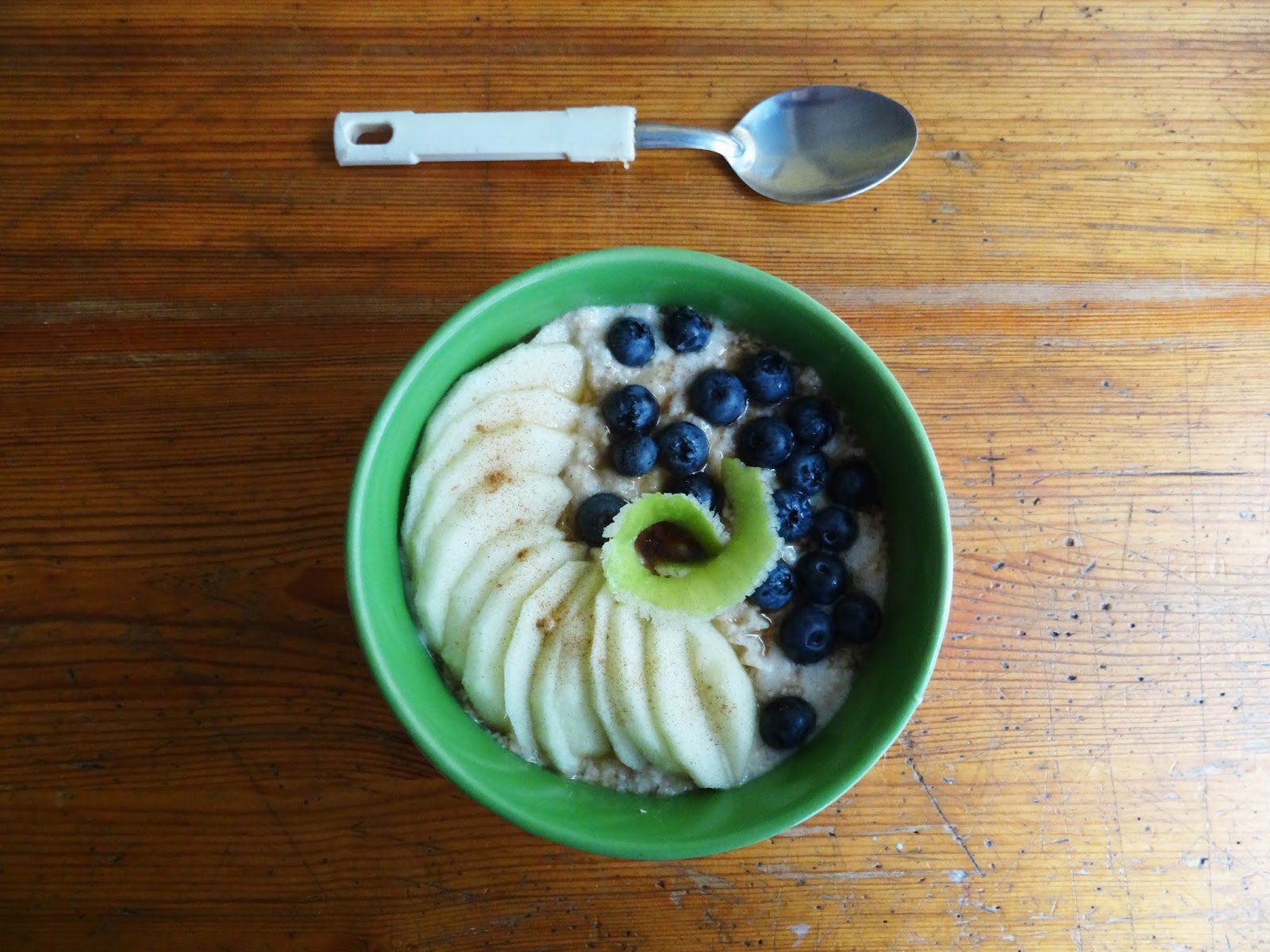 As I venture into my first day of my new diet I thought I would create a simple breakfast with six ingredients just to kick off.

a handful of blueberries

half a green apple

1. It’s pretty simple pop the cold water and porridge in a saucepan at a mid temperature on the hob for around 4-5 minutes, stir occasionally.

2. Peel the apple and slice thinly and wash the blueberries

3. Pour Porridge into the bowl and maple syrup or honey if you aren’t a fan of maple syrup.

4.Add the fruit to the bowl and sprinkle with cinnamon

Simple but taste wonderful and is so easily mixed up, you could easily add a handle of sunflower seeds or Almonds to the mix