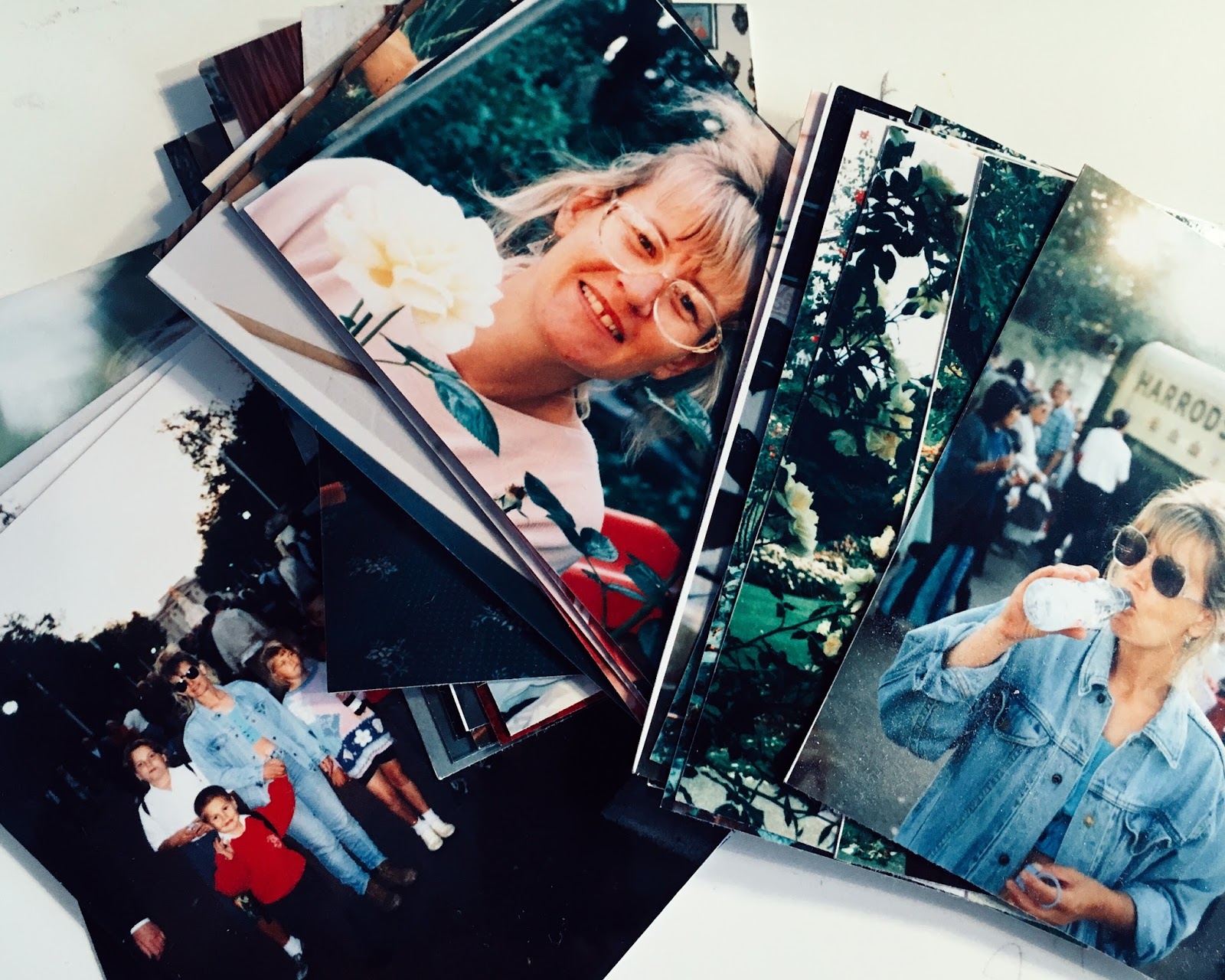 Today marks my Mum’s 54th Birthday or I should probably say it would of been my Mother’s 54th Birthday, September is a hard month for me and my family, it marks my parent’s wedding Anniversary, my Mother’s Birthday and the days in which we lost her. It’s one I’m not going to lie to you I have been dreading, I don’t want to pass September as It would then be over a year since she died. Now that’s a tough thought. Anyone who has ever suffered a loss, be it a loved one, a friend or a pet will know there are many stages of grief, it’s a very personal journey and one you will have to take alone. Obviously there will be people around you who are equally upset, but your grief is yours, its personal and no one can take that away from you. We feel pain, loss and heart break, we miss people and more often then not it’s hard to cope with. That is unfortunately the burden we bare as humans. We should never fight these feeling, this is one thing I have learned this year, you can suppress the pain that’s kinda normal but believe me that bad boy will bubble up to the surface when you least expect it. So I suggest not fighting it, let it come. It will pass, as it has to. Nothing I promise you lasts forever, it can’t.

Now I’m no stronger then anyone else, but when you’re faced with a sudden shock or loss, you have two choices, you embrace it and ride that pain or you let it consume you and you hide from it. Now I’m never one for giving into something, I was brought up to argue and fight so, I decided I would mourn my mother everyday, but at the same time I decided to allow myself to move on, you simply have to. Dwelling on heart break is no goof for anyone, it’s like being stuck in concrete, nothing can bloom if it’s stuck fast. I was blessed with a mother who taught me how to be a good person, a strong woman and to try a believe in yourself even when the odds are stacked against you and I’m blessed with that.

I stayed with her every moment I could when she was in hospital, I never gave up even when they told me there was no way she could hear any of the crap I was talking to her when she lay unconscious, we all watched over her like I knew she would of,  because unconditional love knows no bounds, it doesn’t, it can’t possibly the connection you have to your mother is a one off. This person brought you kicking and screaming into the world, they were there when you took your first moments, your first proper breath. That’s something that can’t be broken.

Now I have days were it’s tougher, the toughest thing I have ever had to witness and deal with. So every moment I am alive I am so grateful for, believe me there are times when I let it consume me. That’s OK, its when the moments turn to hours, days and weeks when actually that’s not OK, that’s hard. Hard on your mind, your body and your well being. You can’t move forward from that without reaching out and that’s OK too. Talking is important, loving yourself is good and being honest with how you feel will help you cope.

Believe me morbid as this next sentence is it has to be said, Everyone who’s ever existed and will ever exist will have to die at some point, it’s just a fact of life, it’s a crappy one but it is what it is, so learn to live in the now, learn to love the people around you and more importantly learn to love yourself unconditionally becasue when you have to cope, you will. You can do wonderful things if you choose to not let things consume you because you will learn that the little things you stress over will be forgotten and it will always be OK in the end.