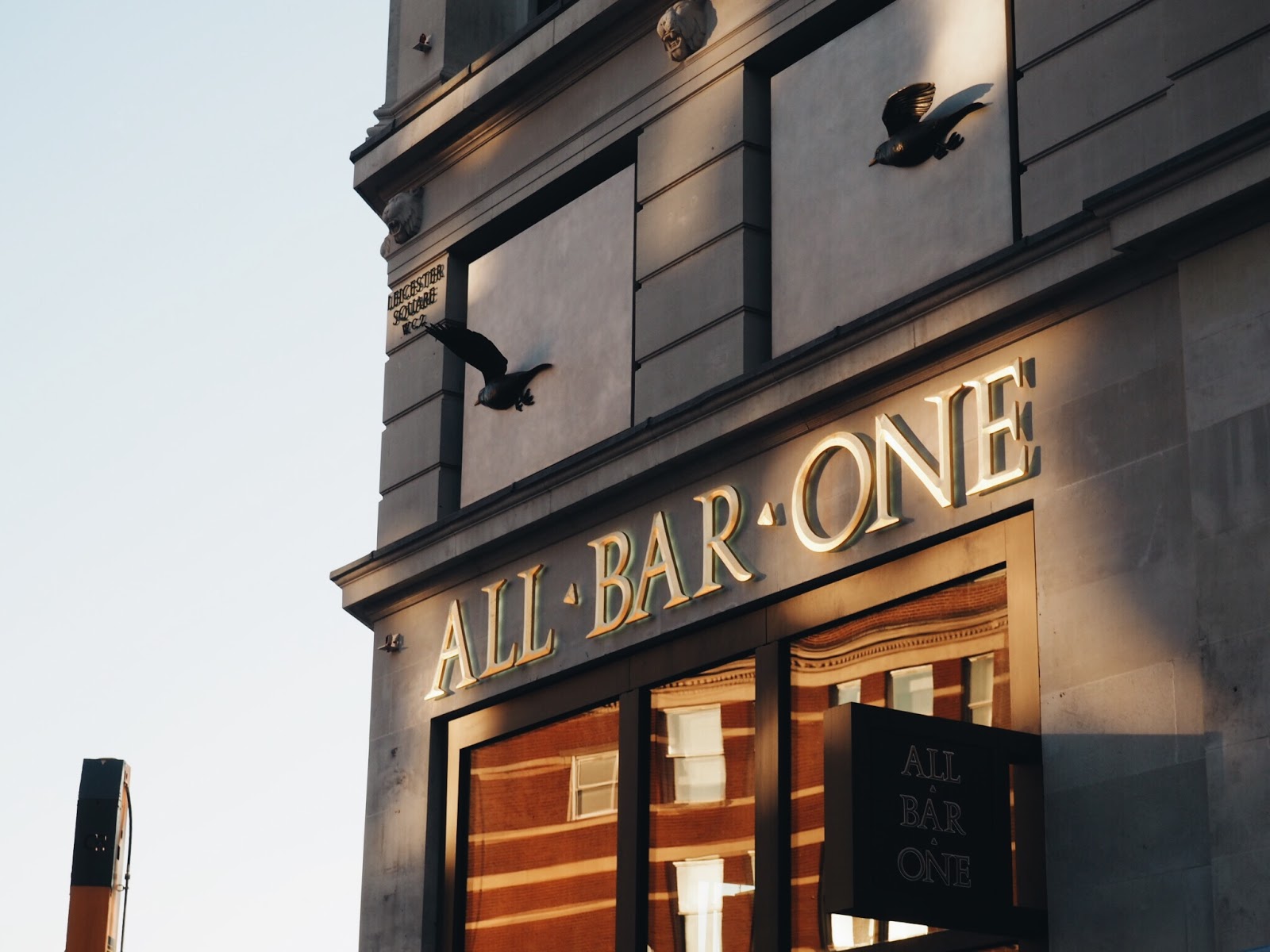 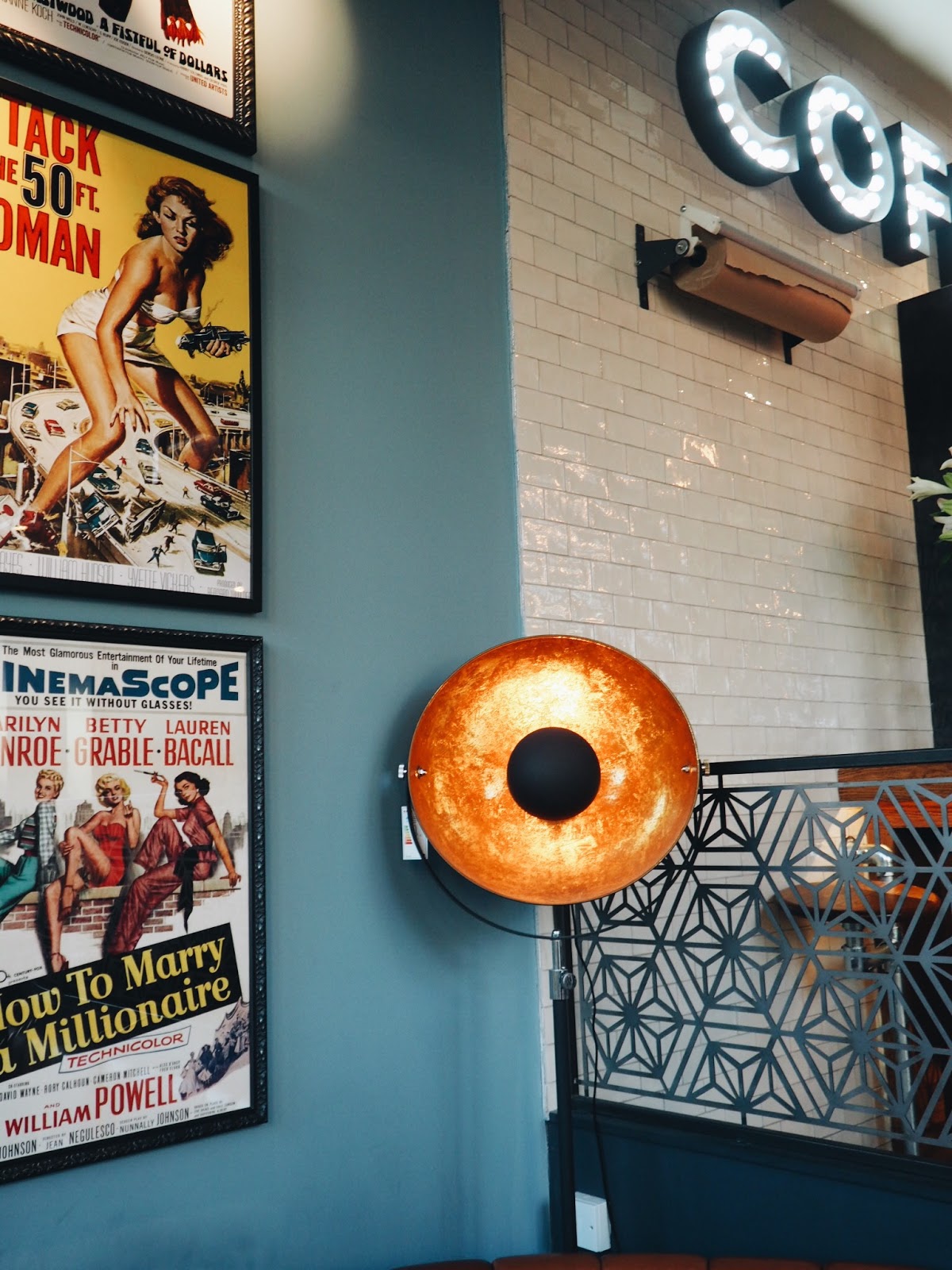 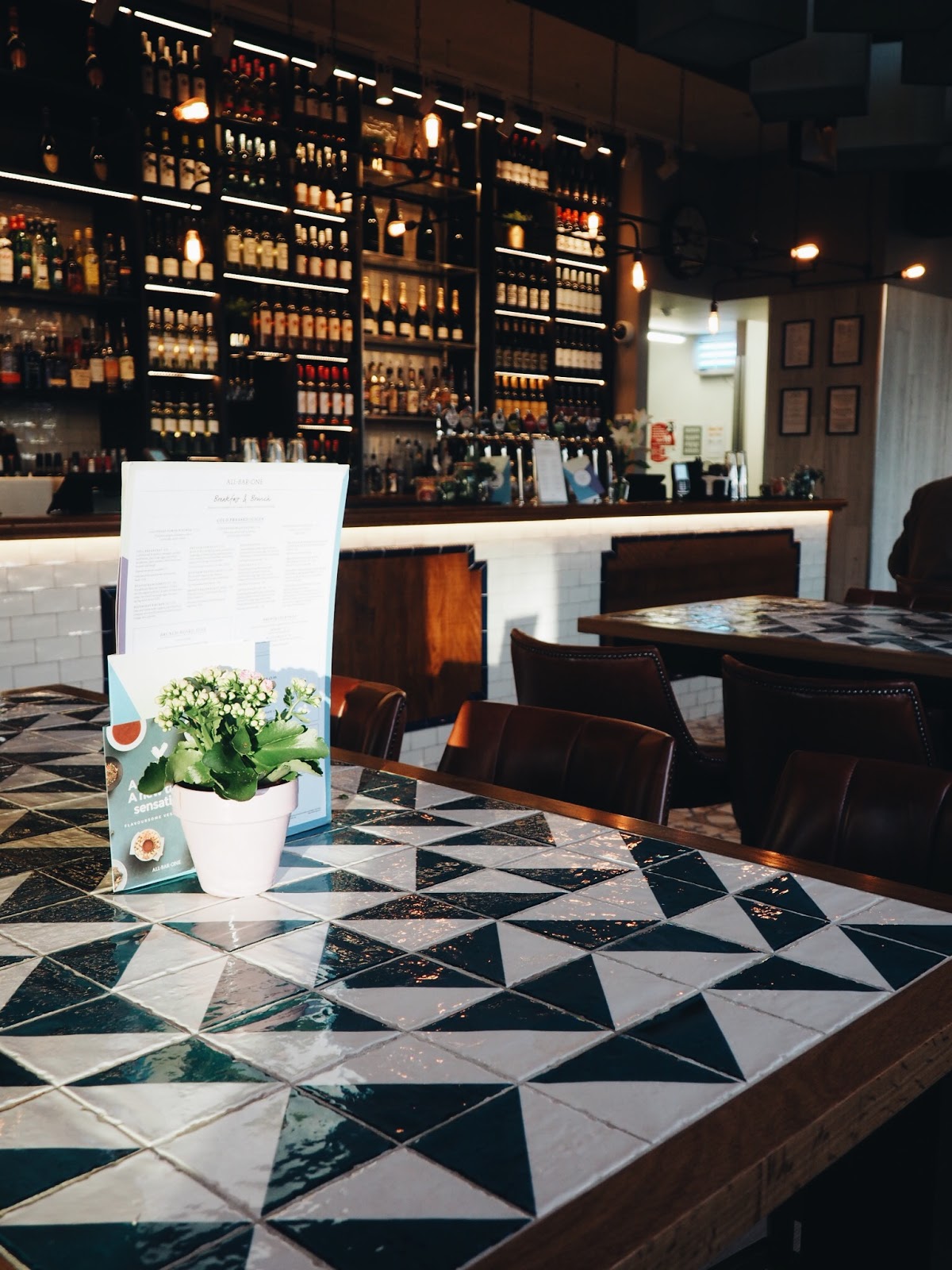 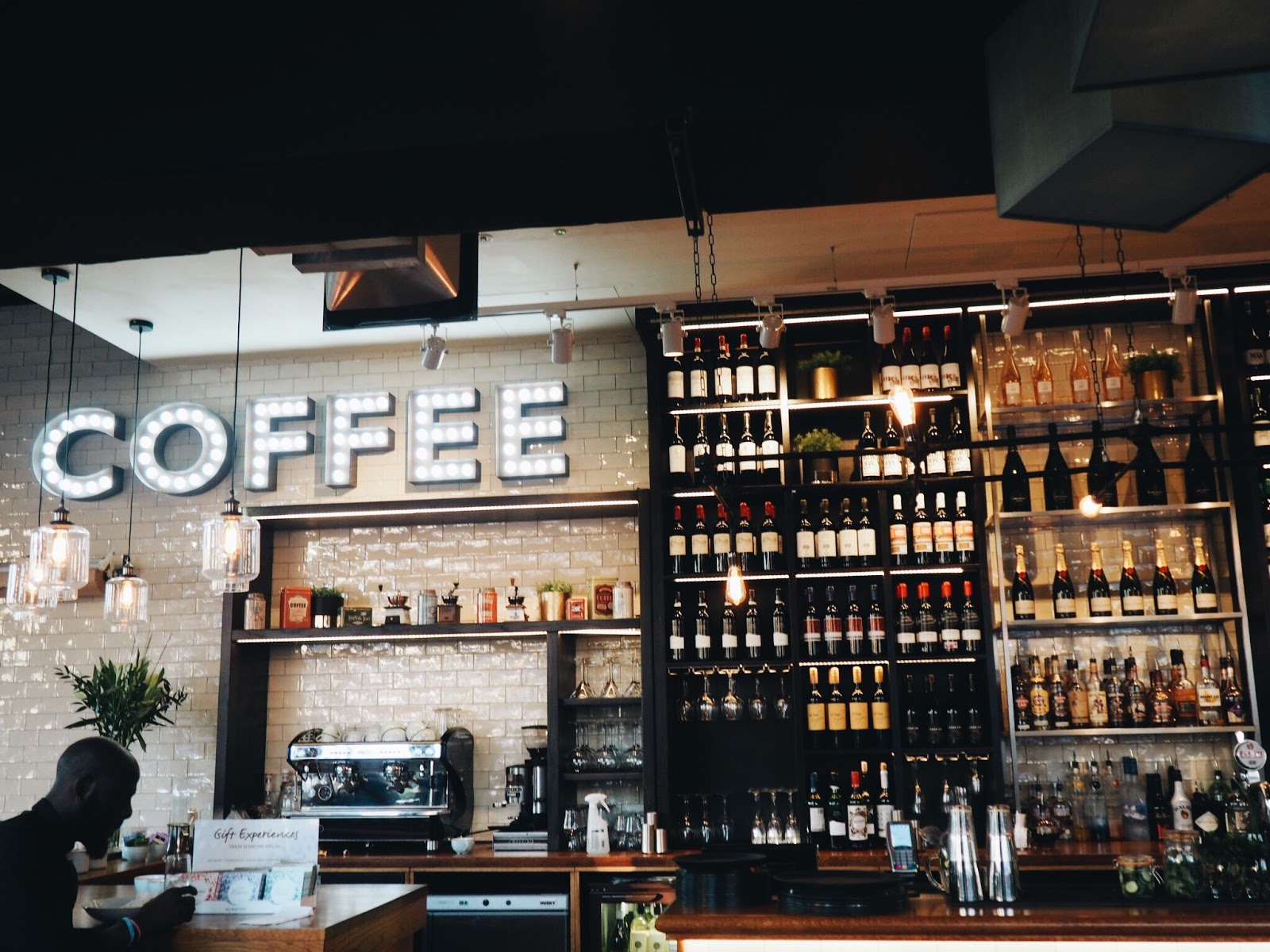 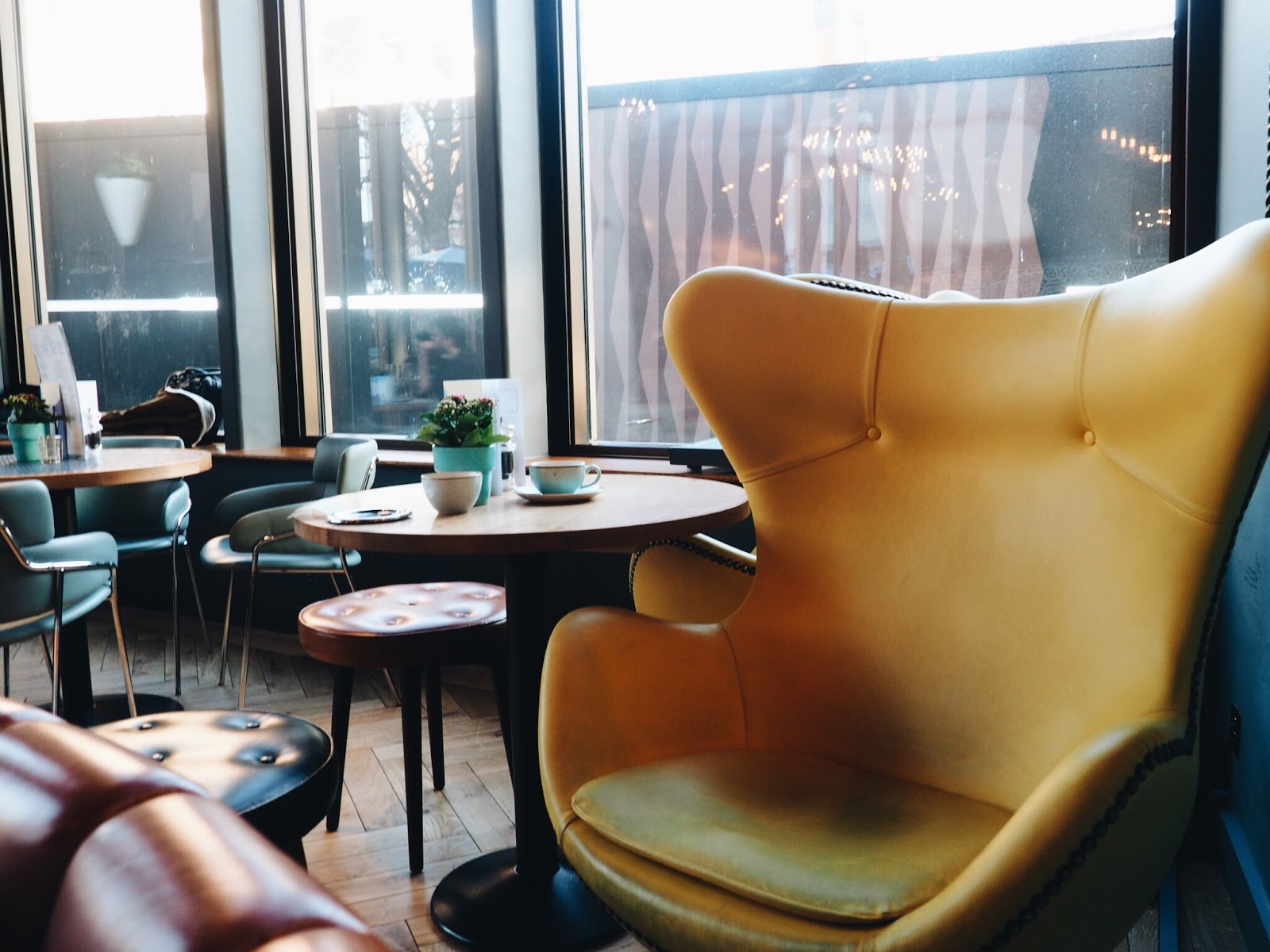 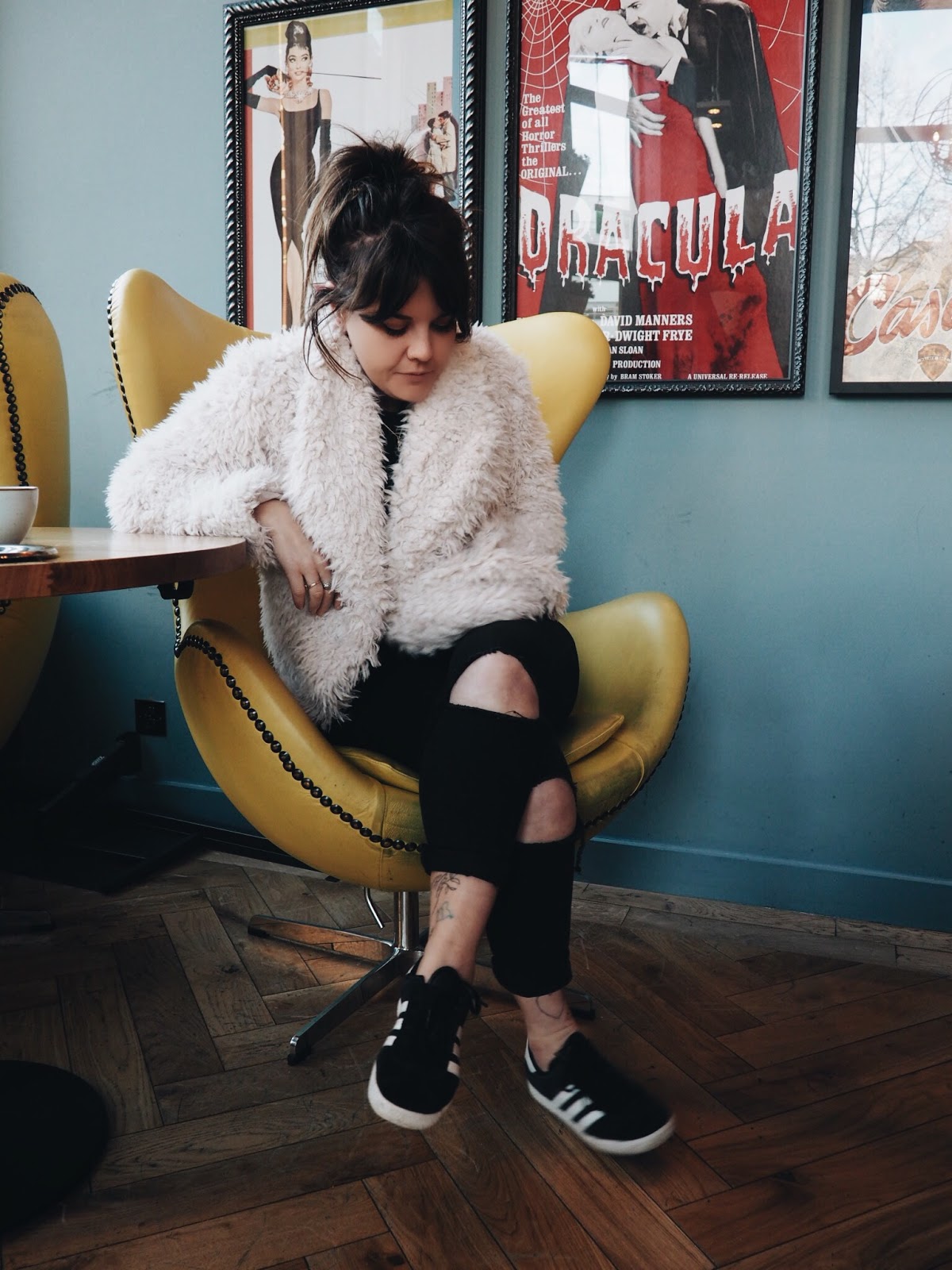 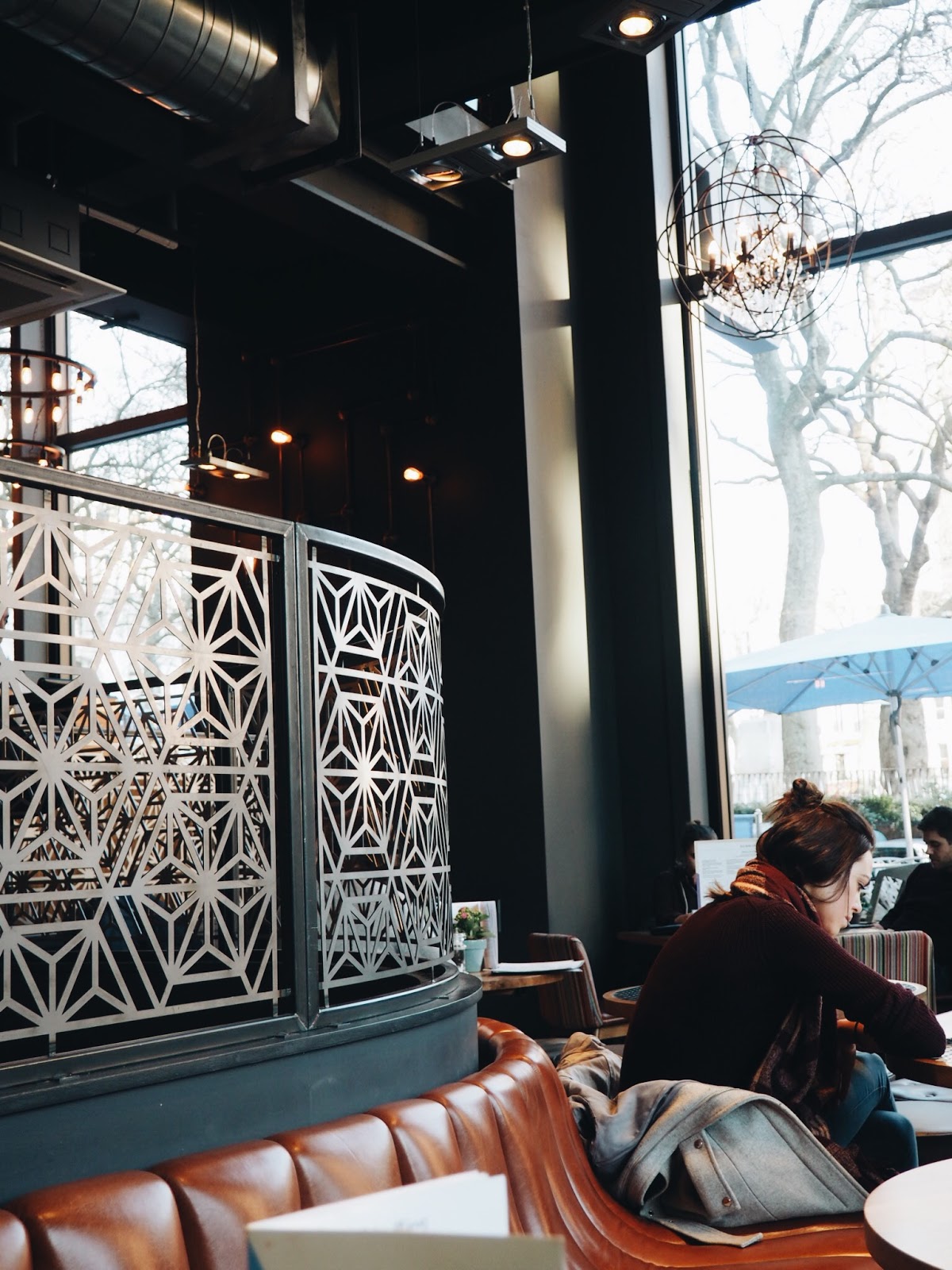 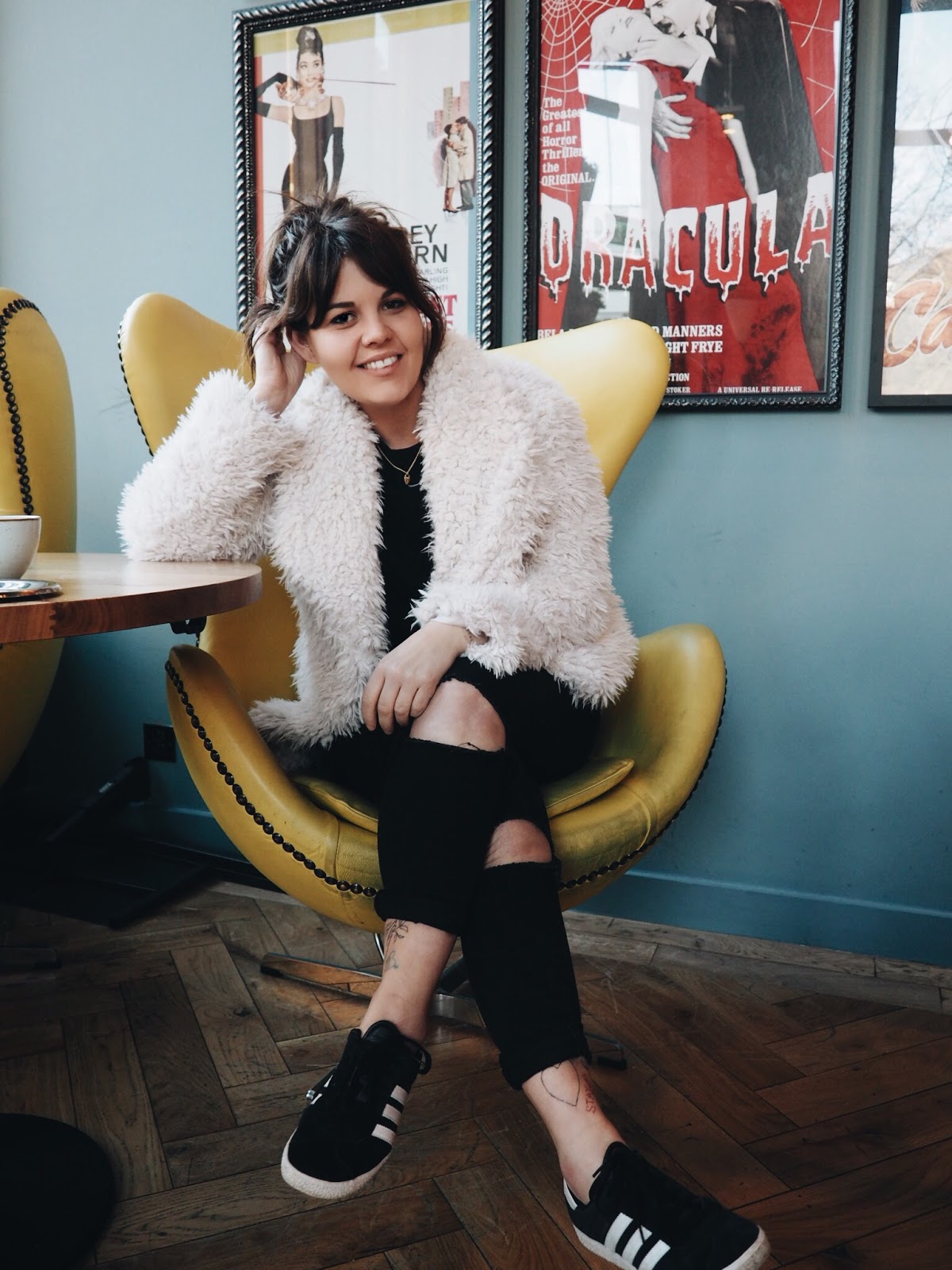 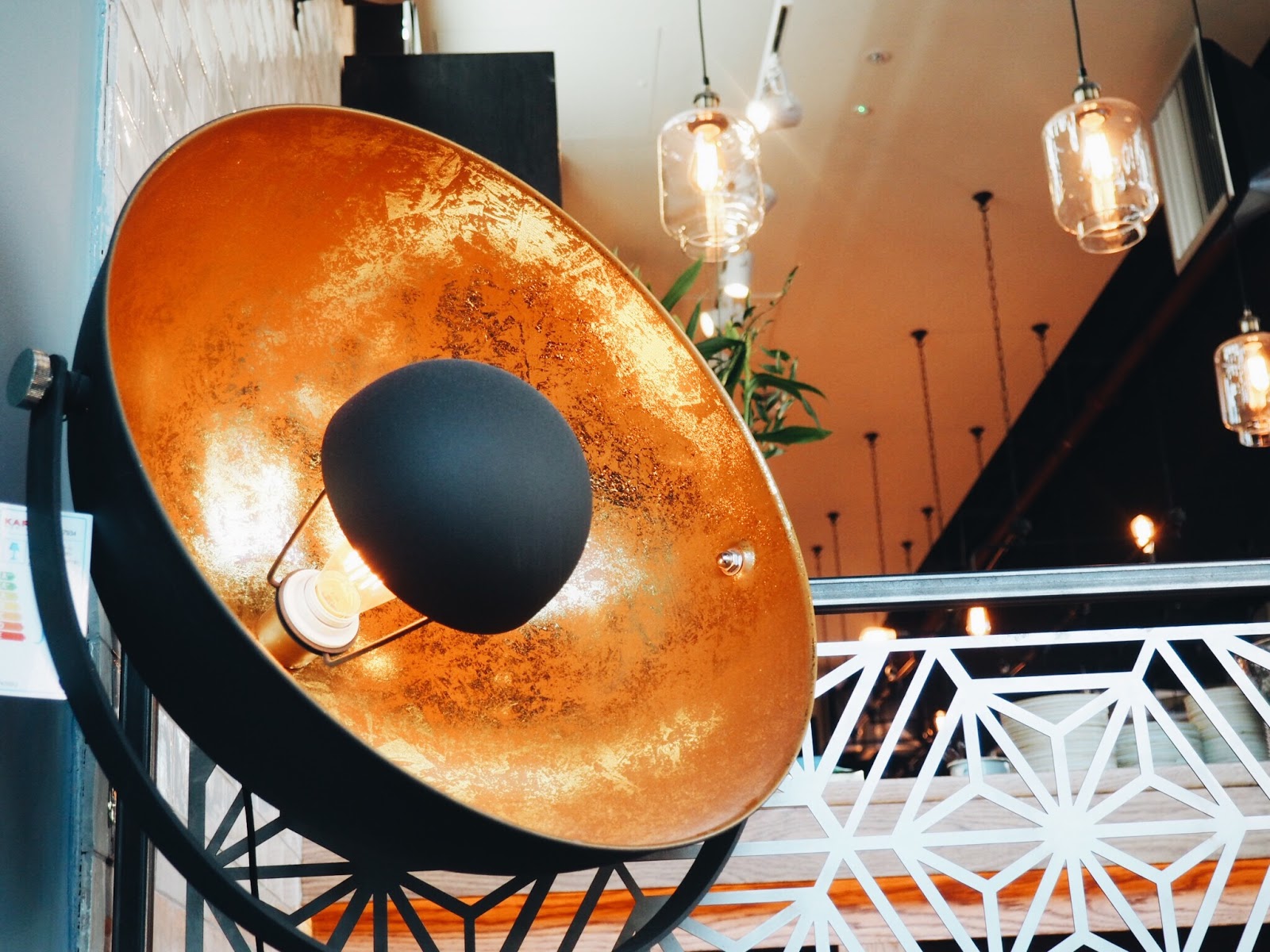 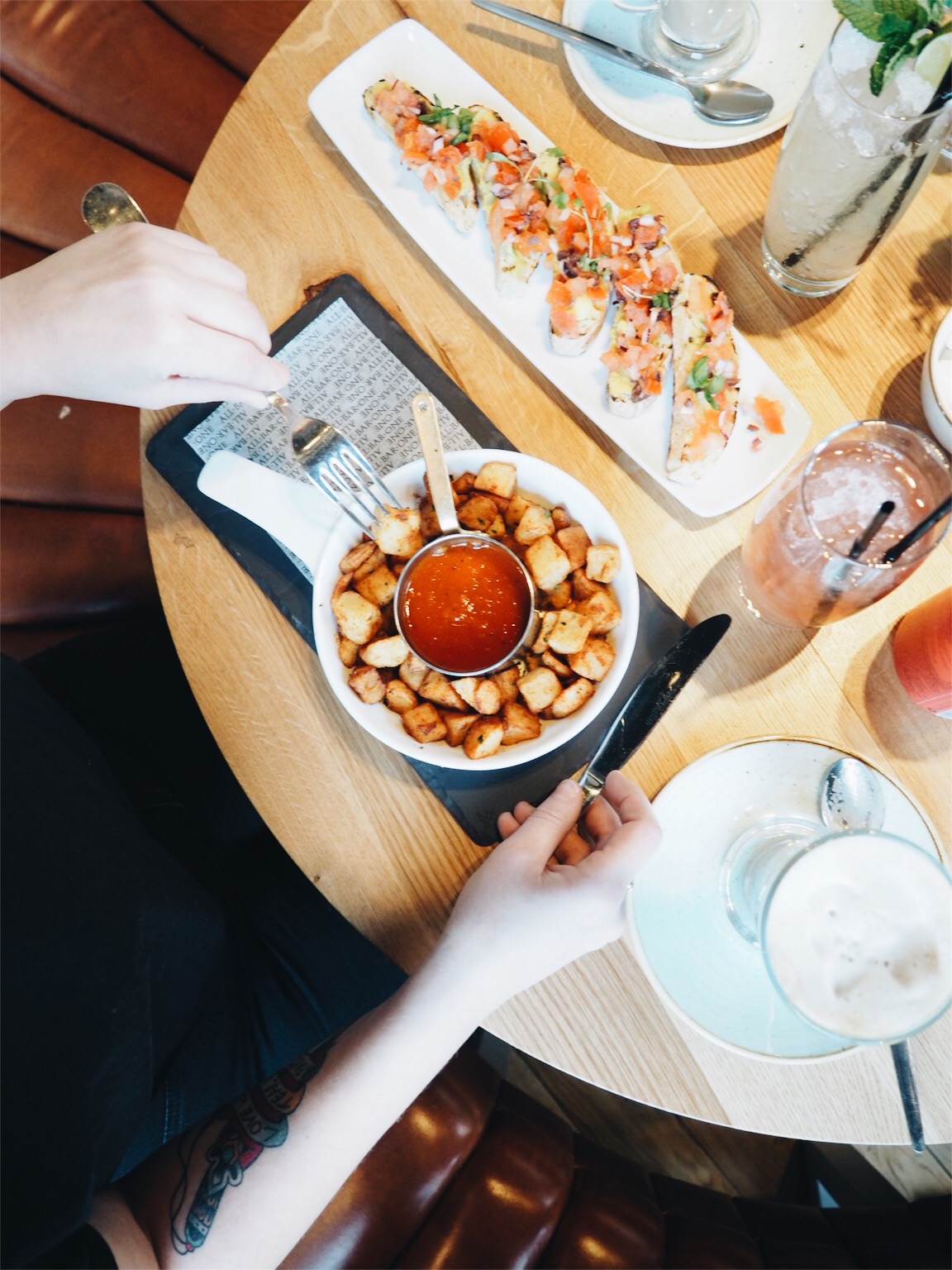 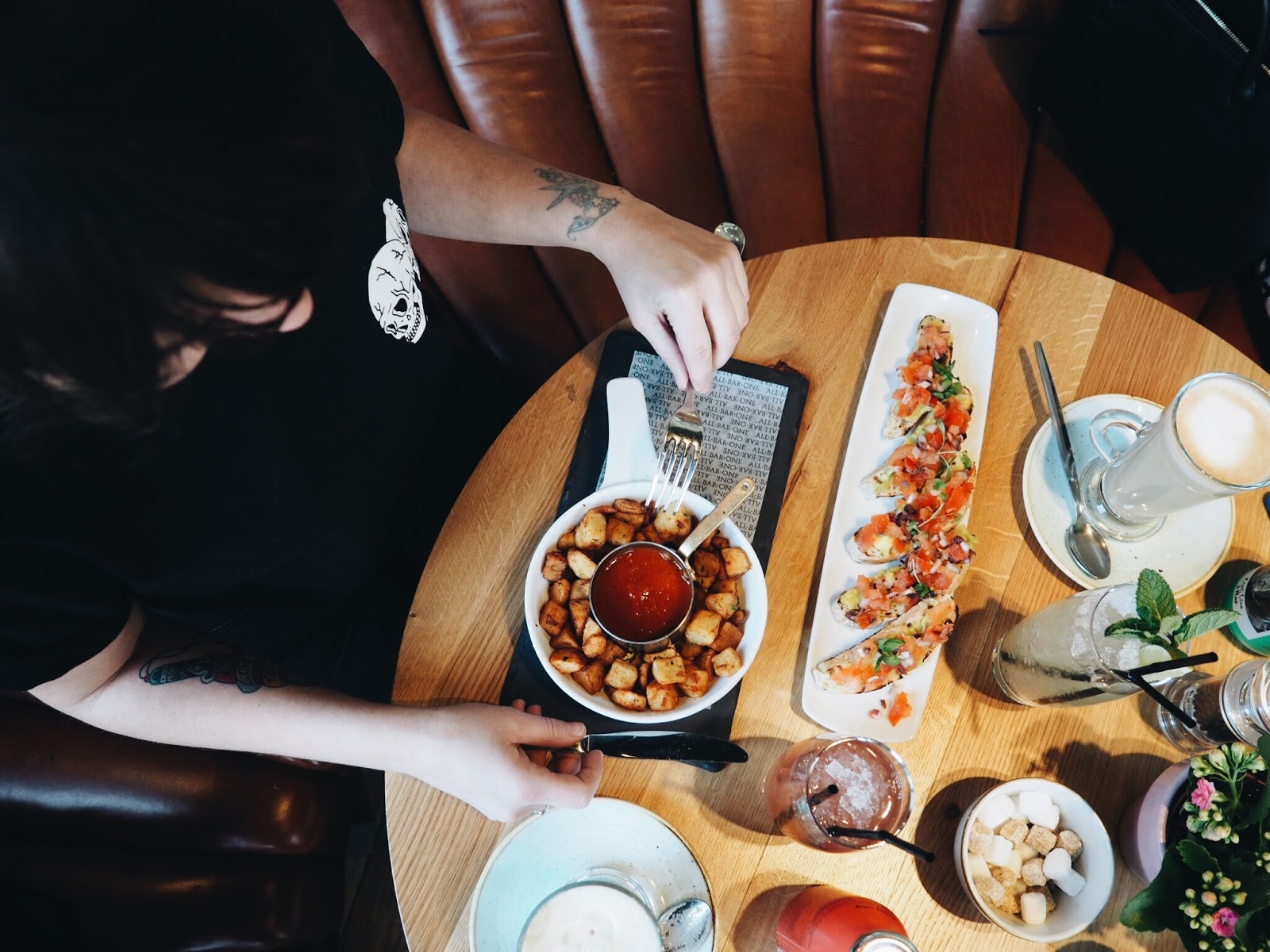 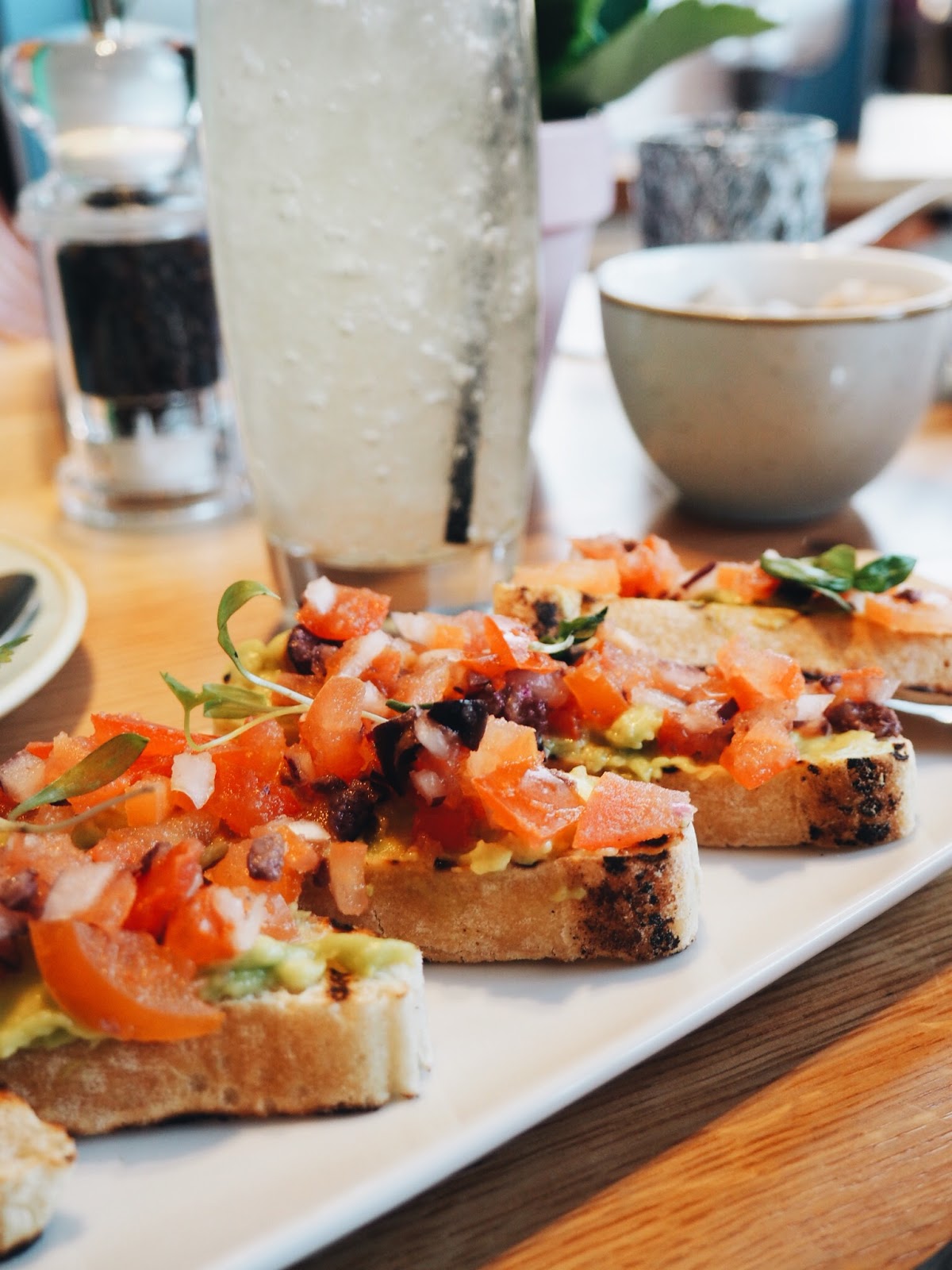 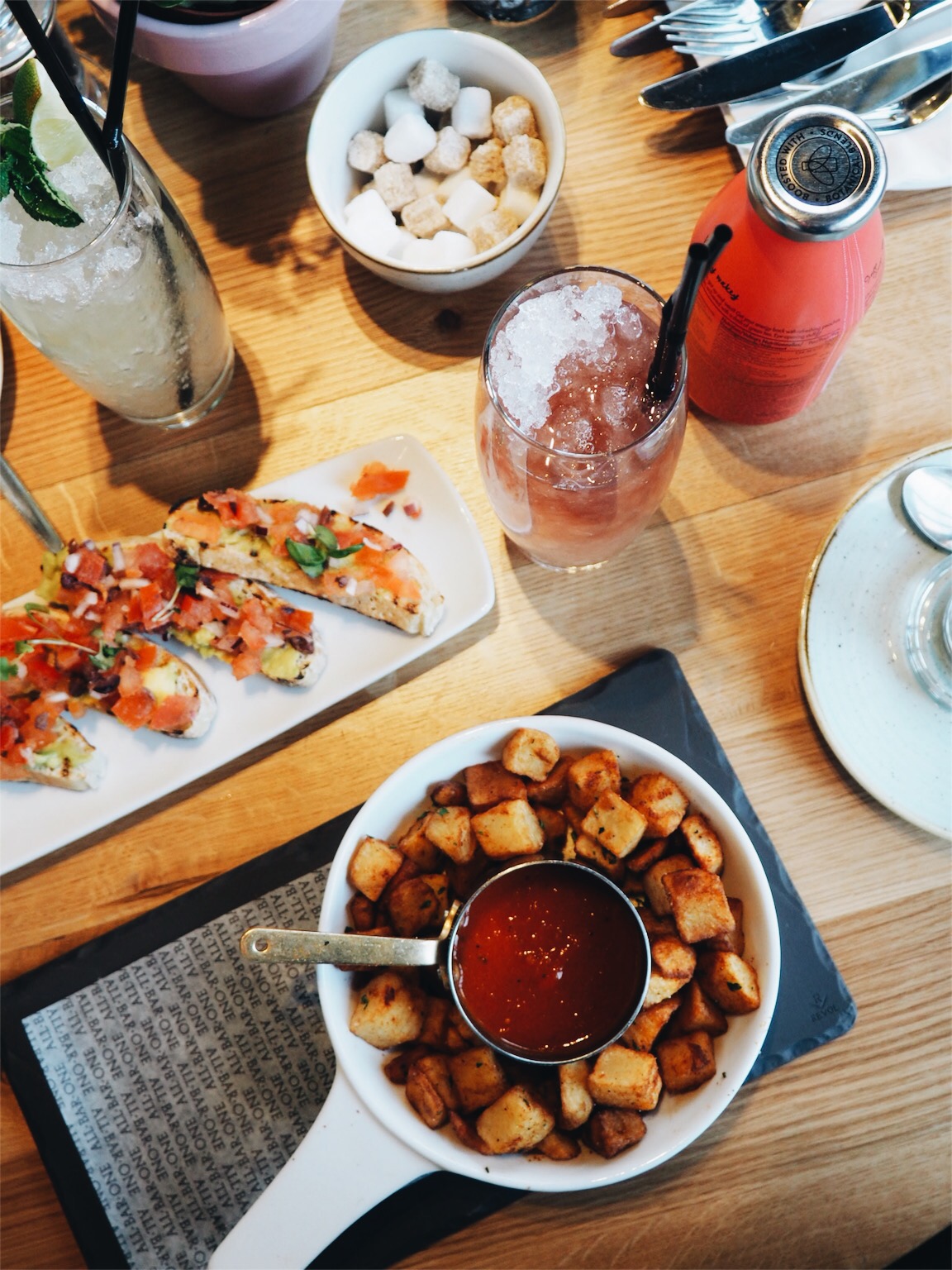 So I had the pleasure of sampling the new Vegan menu at All bar one, I have been a big fan of people trying Vegan food and trying to eat less processed and animal based products for the last two years. This January there is a thing called Veganuary were its a little like dry January where people are going Vegan for the month of January, everything in the aid of helping animals and eating healthily.

So me and Natasha were excited to get stuck into the menu.

The All Bar One restaurant in Leicester square was beautiful, the lighting the décor was just perfect, so totally made for the best photos, the blogger in me was too excited! The first thing me and Natasha spotted was how reasonable the prices were. It was £13 for three courses so you can imagine we got a little excited.

For starters we decided to go for Patatas bravas and then crushed avocado and tomato bruschetta and I was shocked by the size of the starter, I always get a little grumpy if the food I’ve ordered is on the smaller size what with me struggling to find good vegan food I was so happy with the size of the starter. The Patatas Bravas was lovely with the lightly spiced tomato sauce and both me and Natasha agreed that the bruschetta was a lovely balance with the slightly salty Kalamata olives. 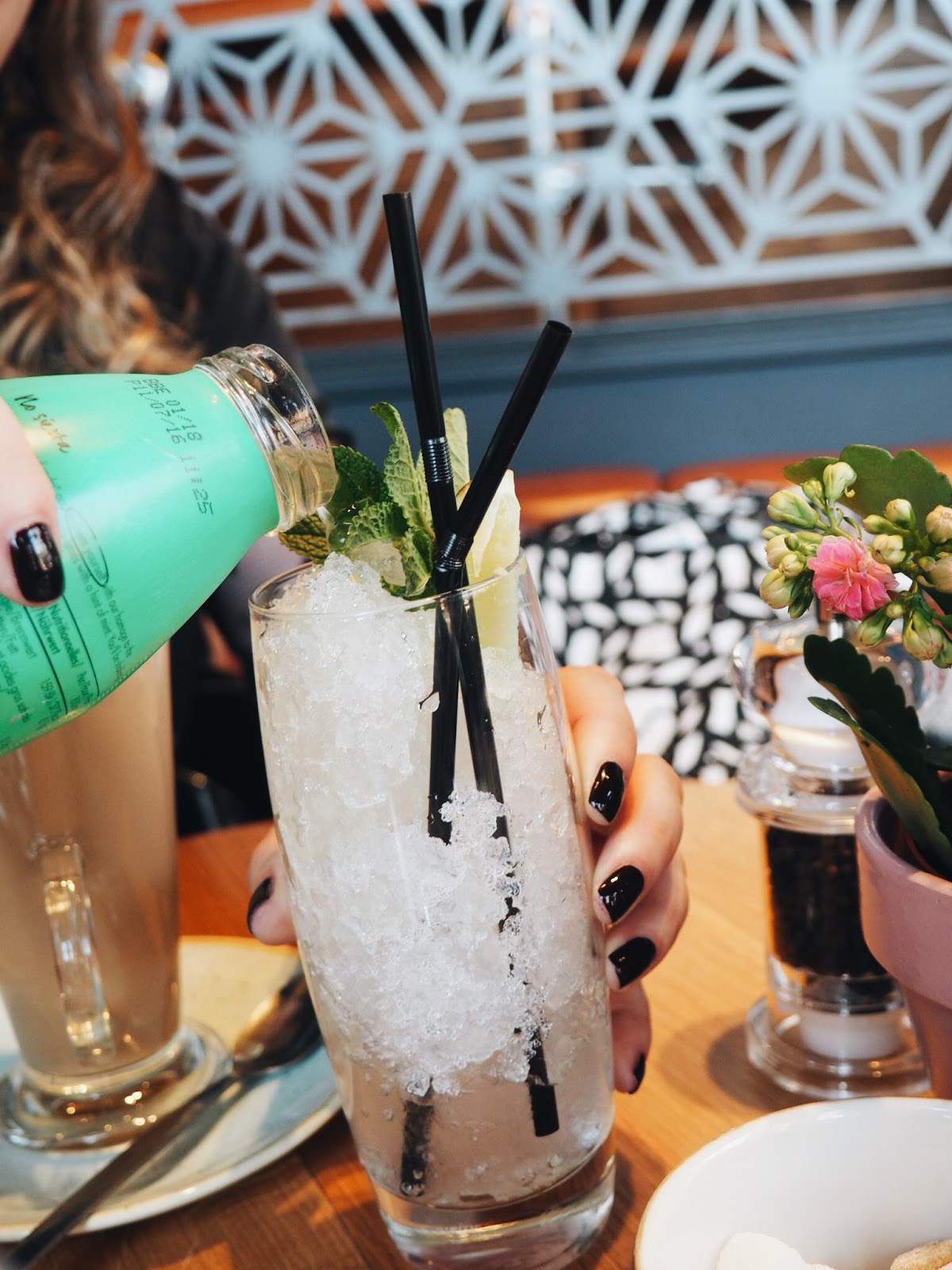 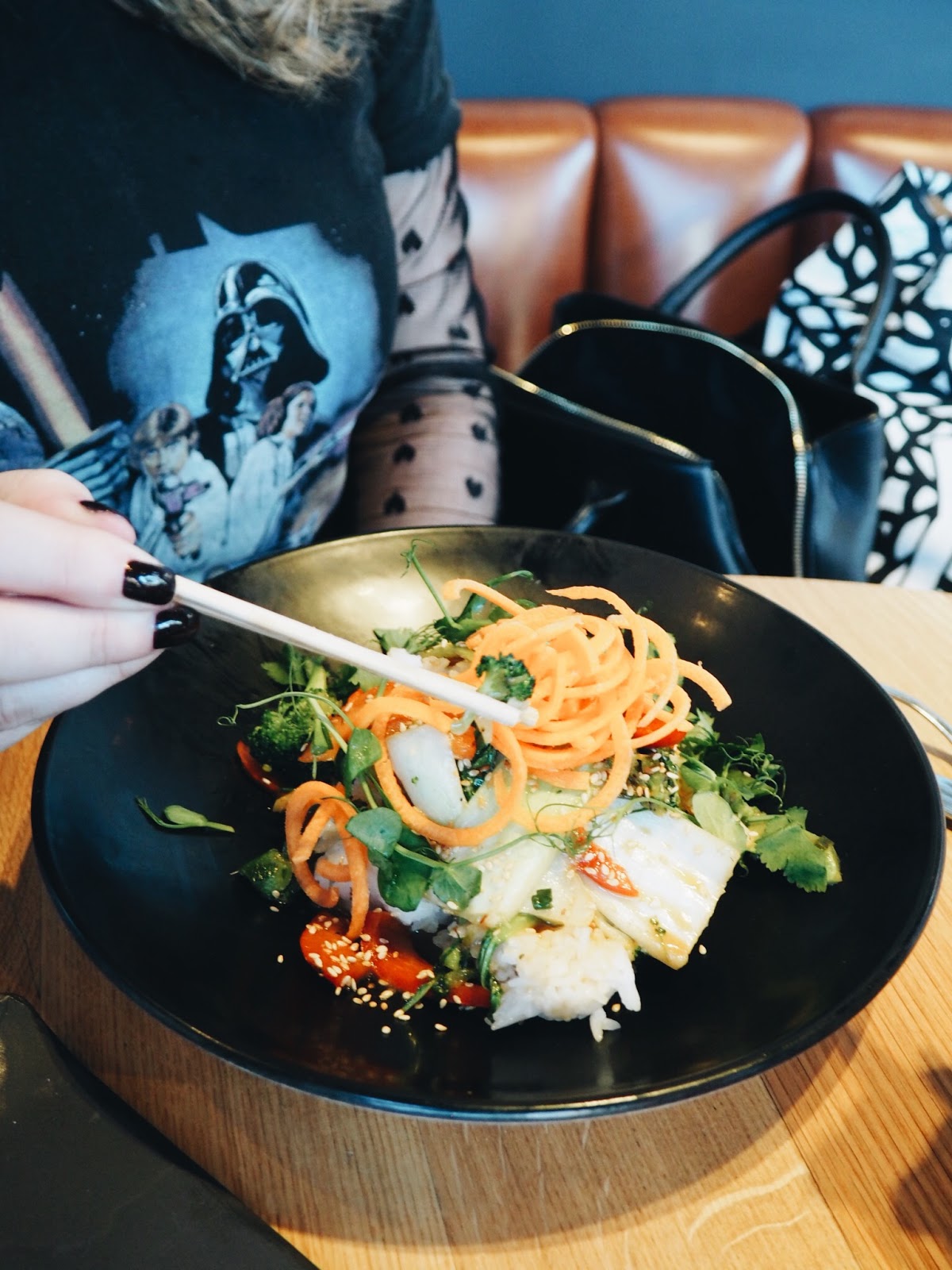 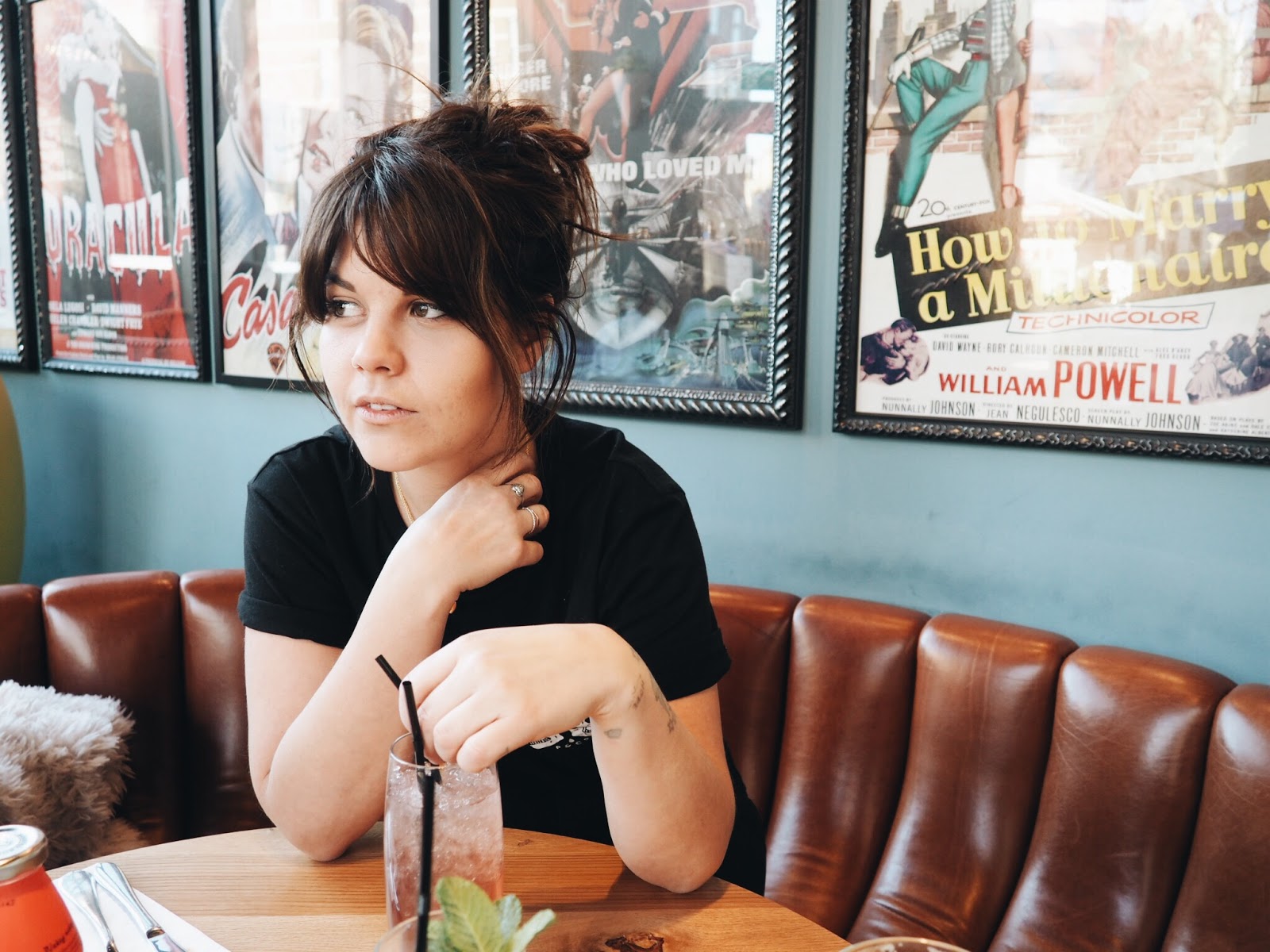 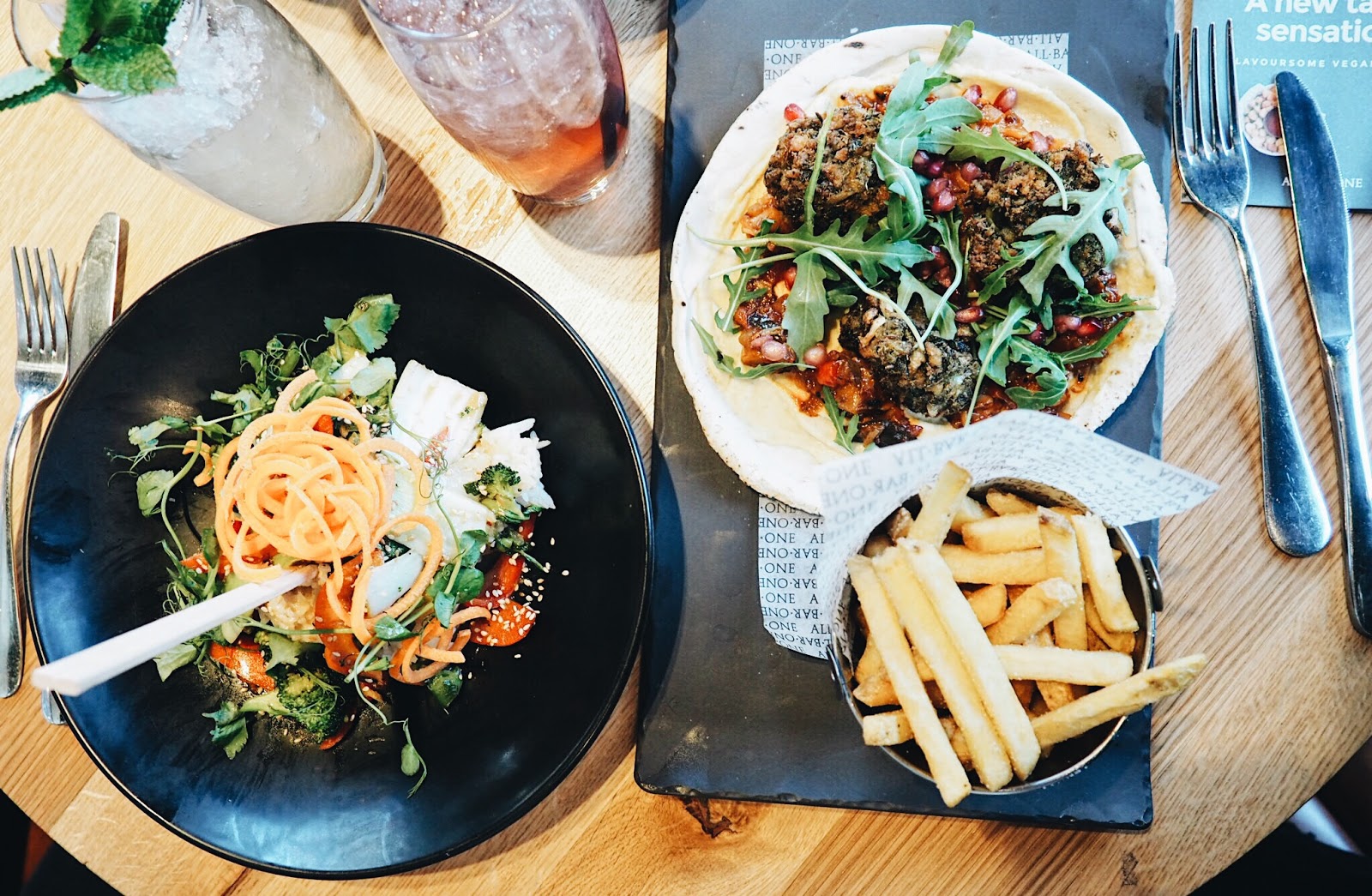 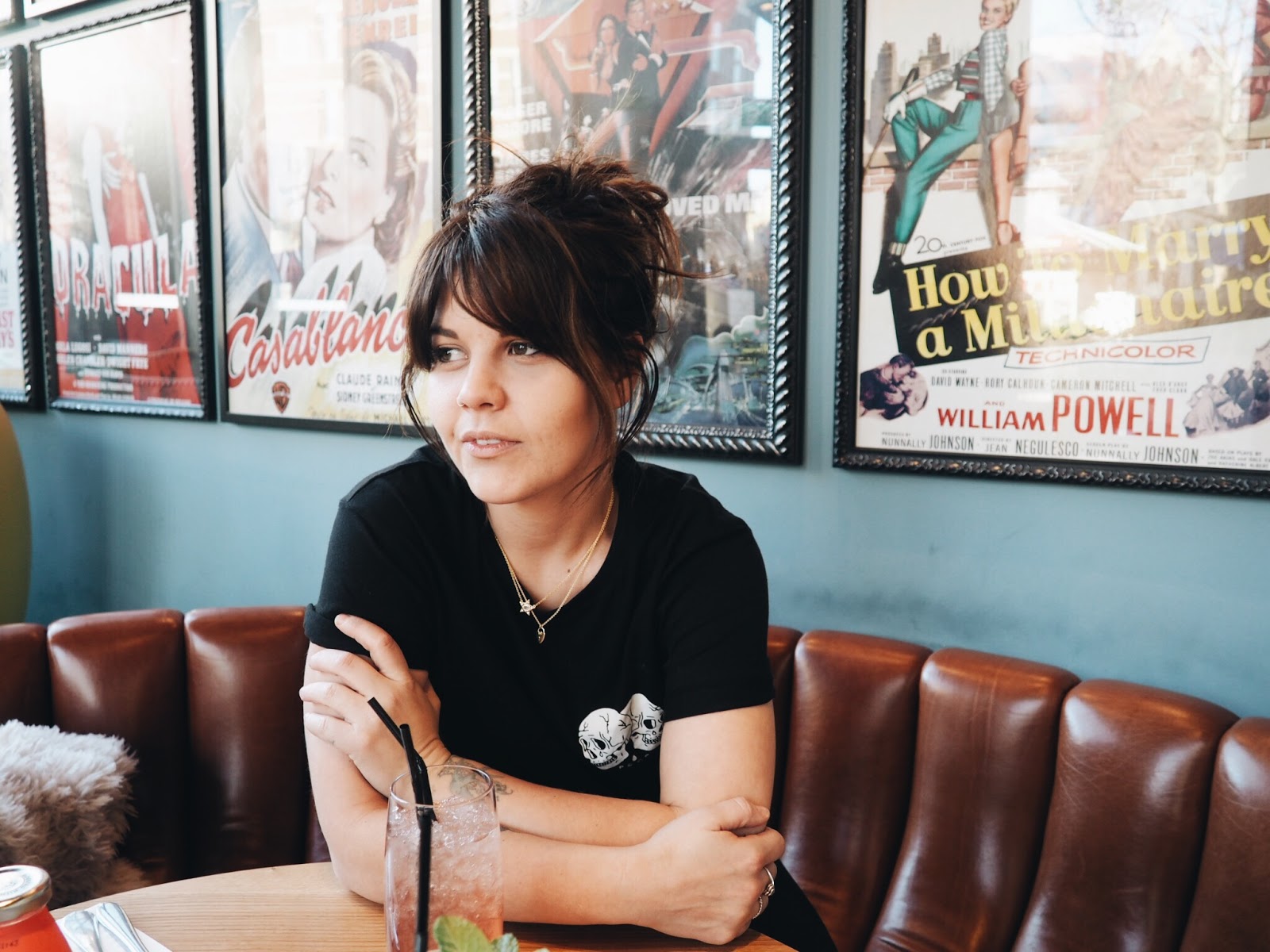 After wolfing down all the potatoes and spicy dip I needed a refreshing drink along side a nice soya latte we both picked a firefly vegan friendly drink, I went for the peach and green tea and Natasha enjoyed the kiwi lime and mint, it was nice to find someone that had thought about the drinks, there were only two options on the menu but it was nice to try.

The main plates are amazing value for money and Natasha decided to try the Miso rice bowl and I went for the Kale and houmous flat bread, there was once again a wonderful amount to eat and we both sampled each others, there were amazing flavours in both and colour wise they were fab to photograph. I would really recommend mine because not only did it come with chips it has a wonderful jackfruit chutney that had such a wonderful sweet flavour compared to the spicy kale pakora 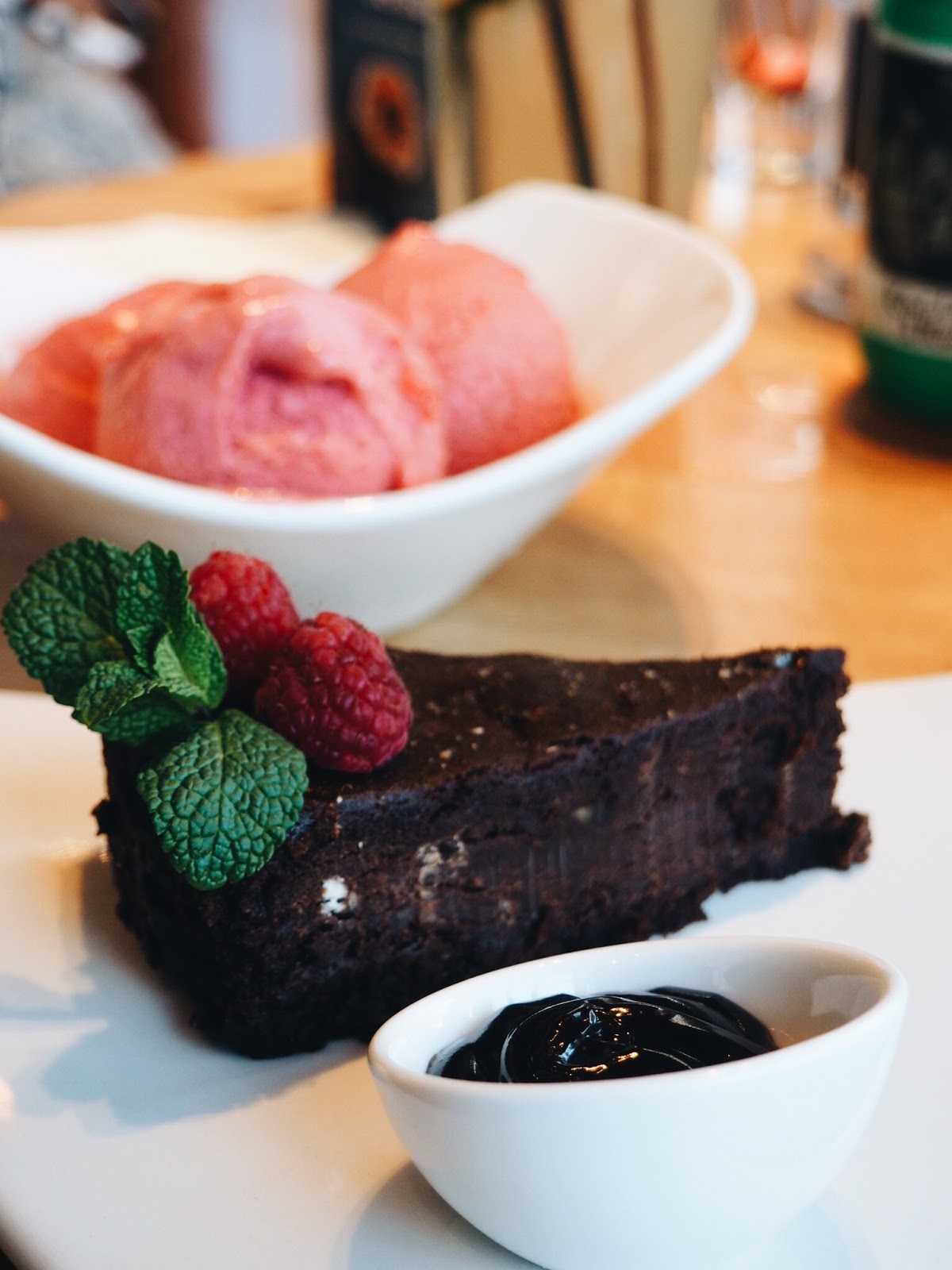 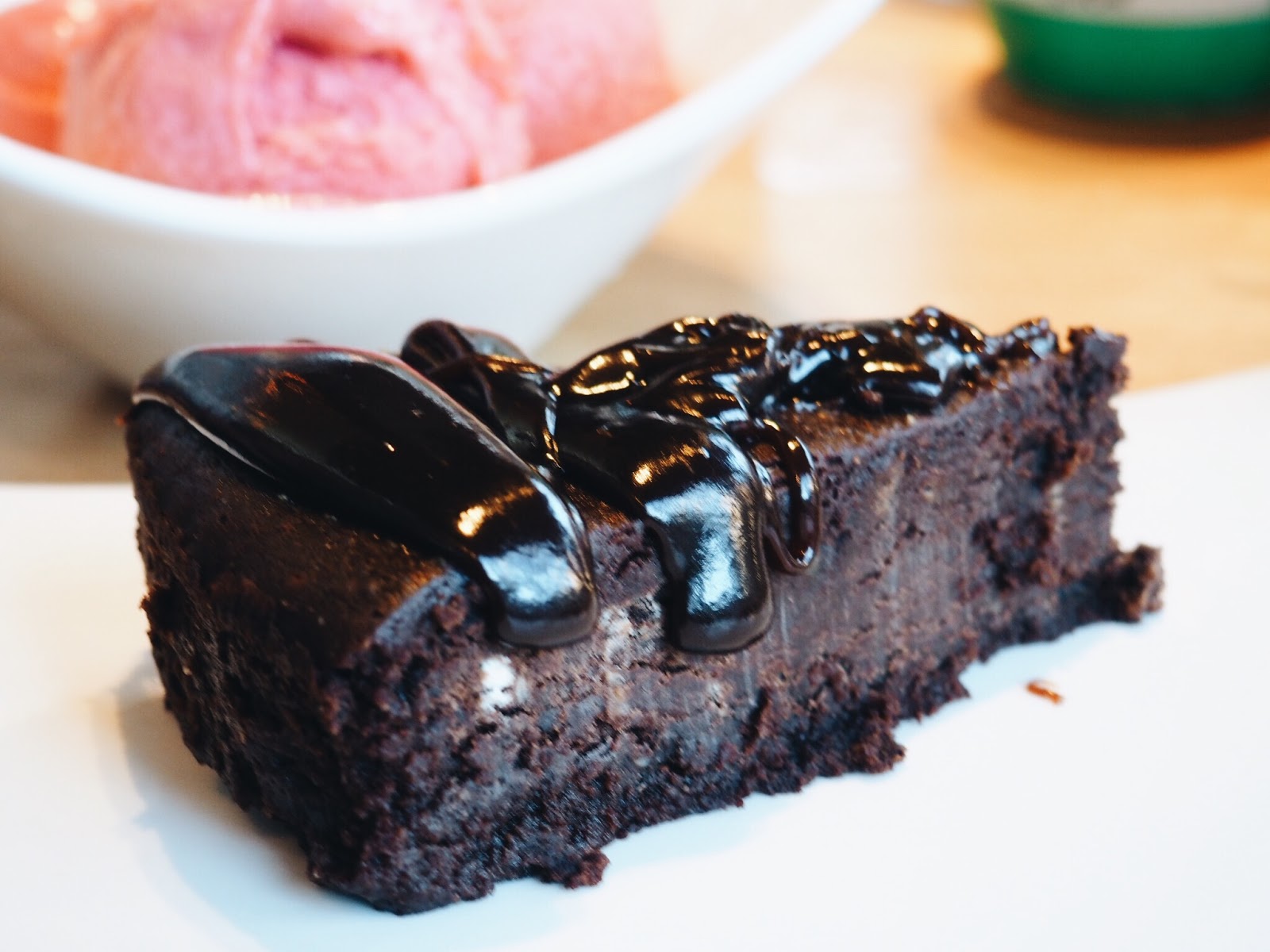 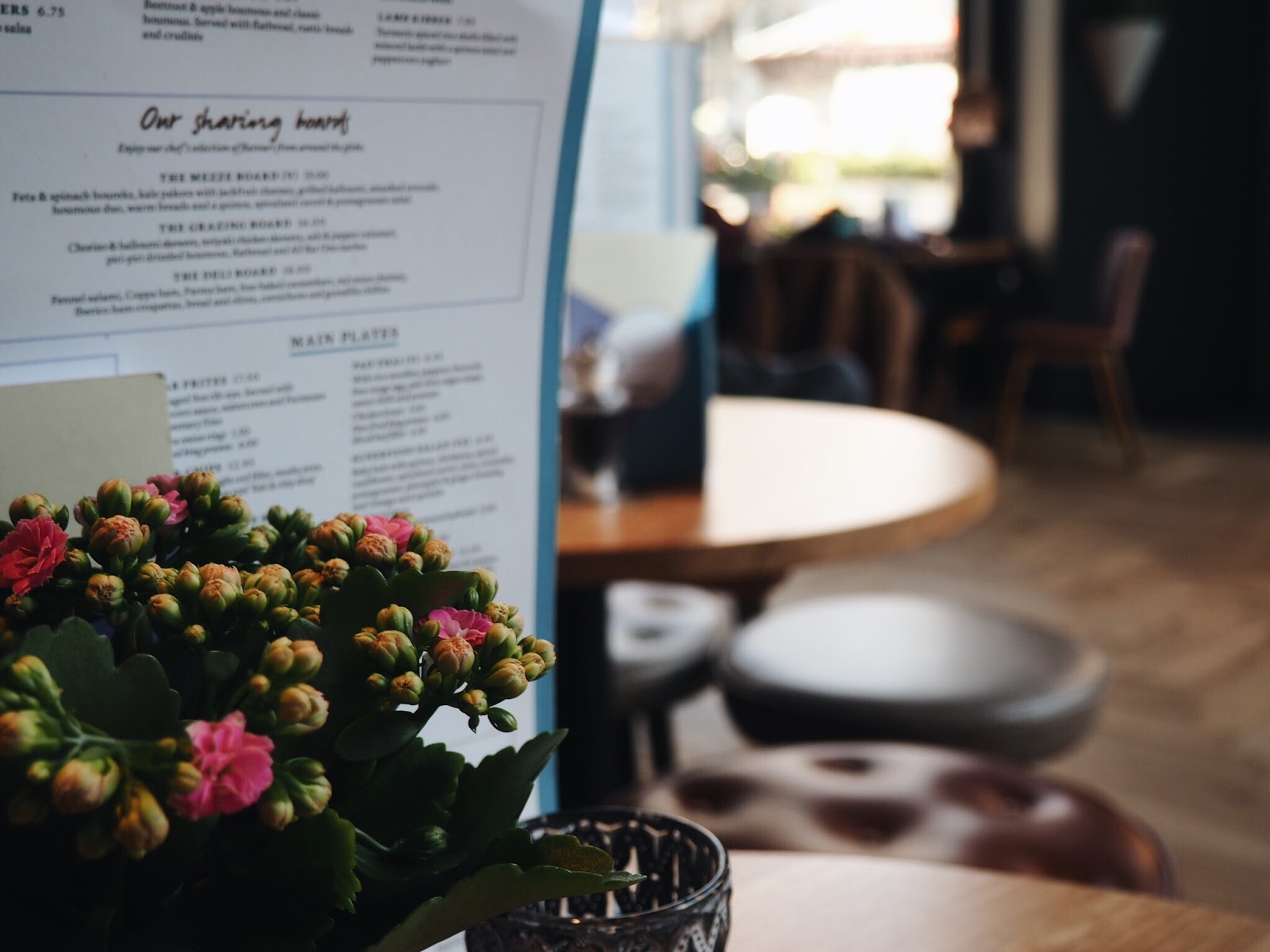 Last but no means least we went for a raspberry sorbet and then chocolate chilli and cardamom cake with a rather thick chocolate sauce, the cake itself was wonderfully indulgent and Natasha’s sorbet was pretty tart but very refreshing and if I’m honest it felt like a really well put together menu. It’s really worth a try and for a three course meal per person with a drink to come in under £16 well it really was value for money and if you are thinking of sampling Vegan food its really worth a try pretty hearty and very tasty.

Thank you All Bar One for allowing us to sample the food, all opinions and photos are my own.