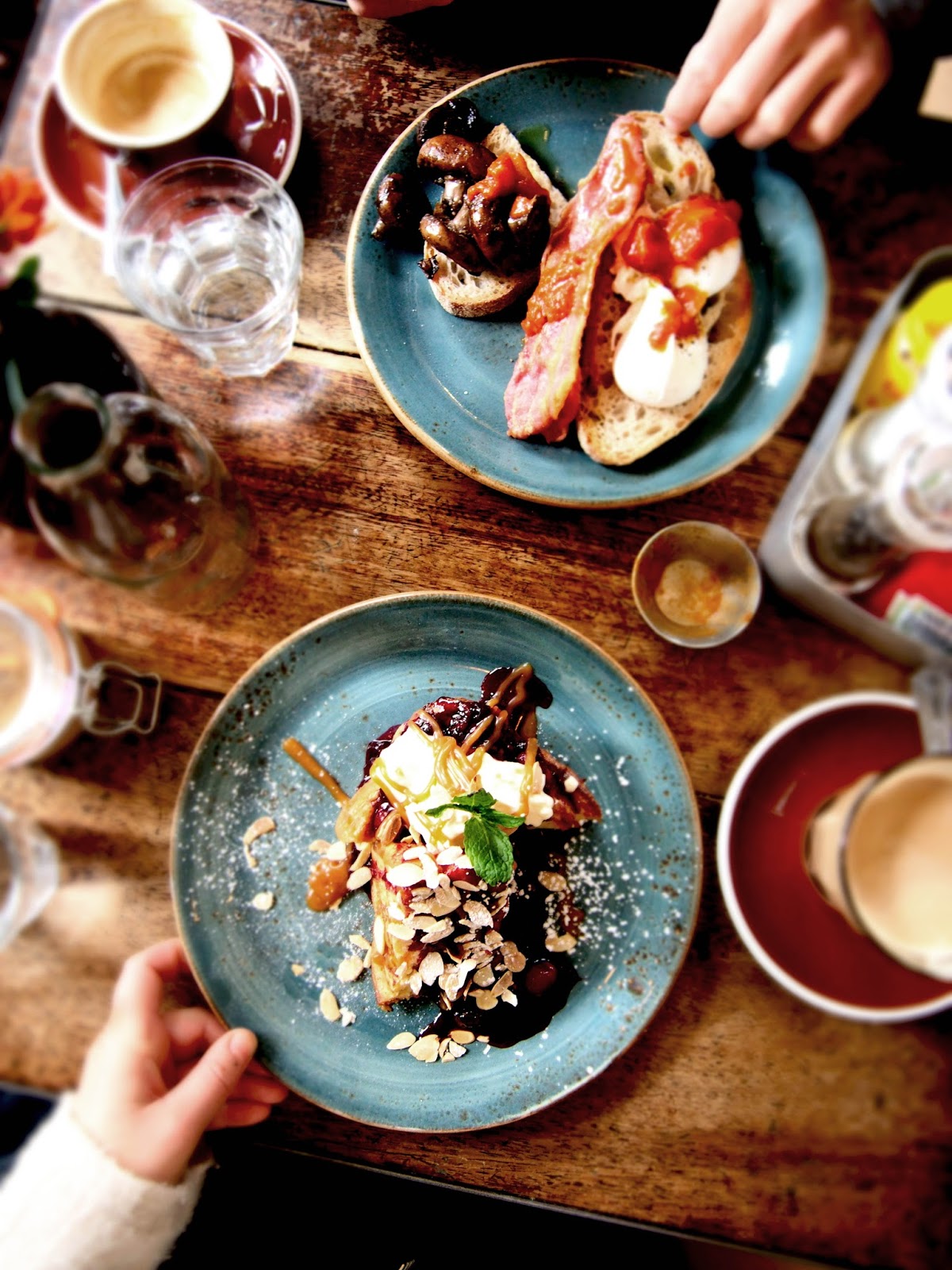 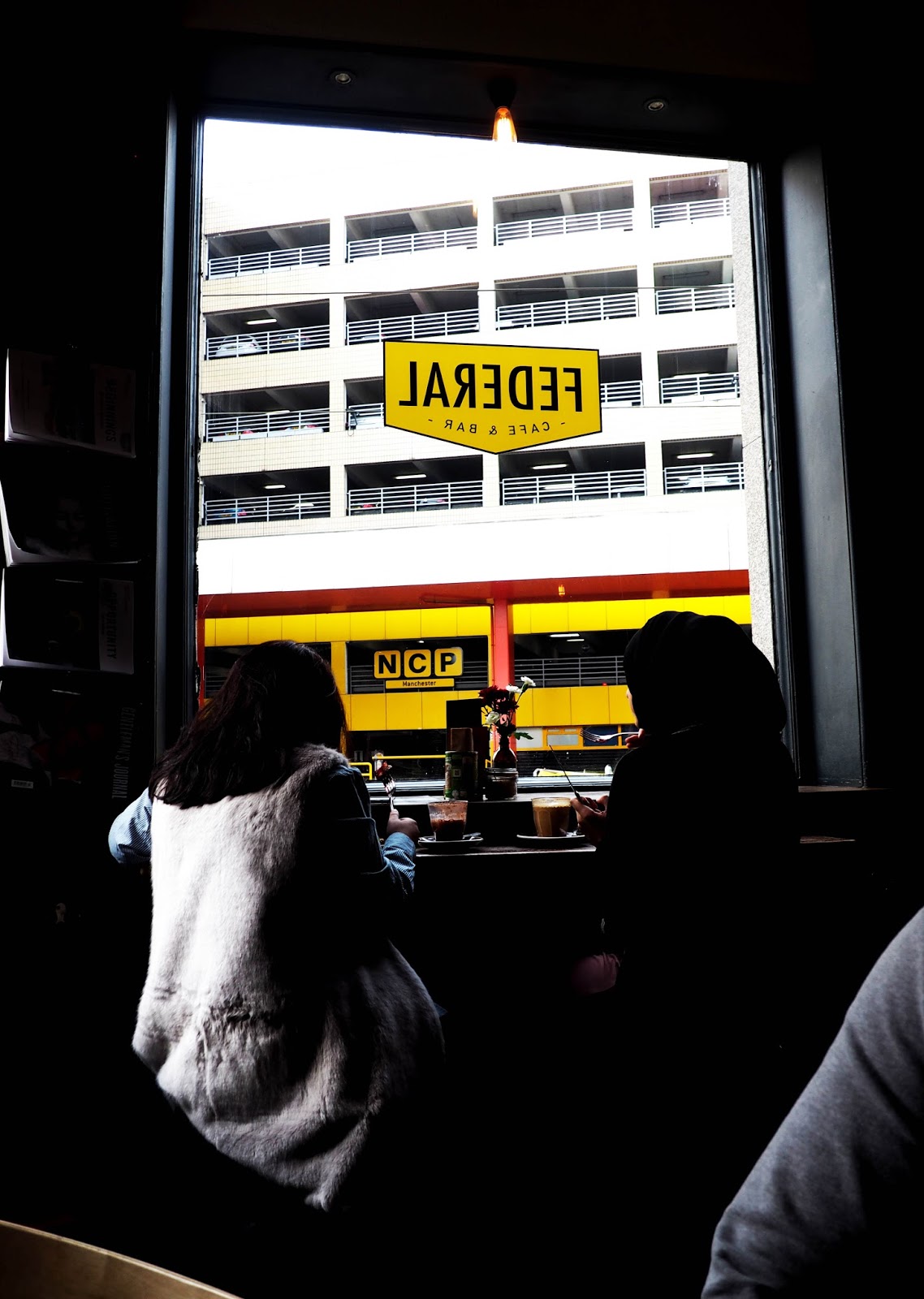 I feel very much like an adopted northerner and Manchester has to be by far my favourite city, so last weekend when Ben said he wanted to pop into Manchester to try the goodness that is Federal Cafe of course I jumped at the chance to try something new and I wasn’t disappointed. We wandered into the cafe completely unaware of how popular it was and had to wait about 10 minutes to be seated but it took us about 10 minutes to chose what we were having for breakfast as it all sounded so nice 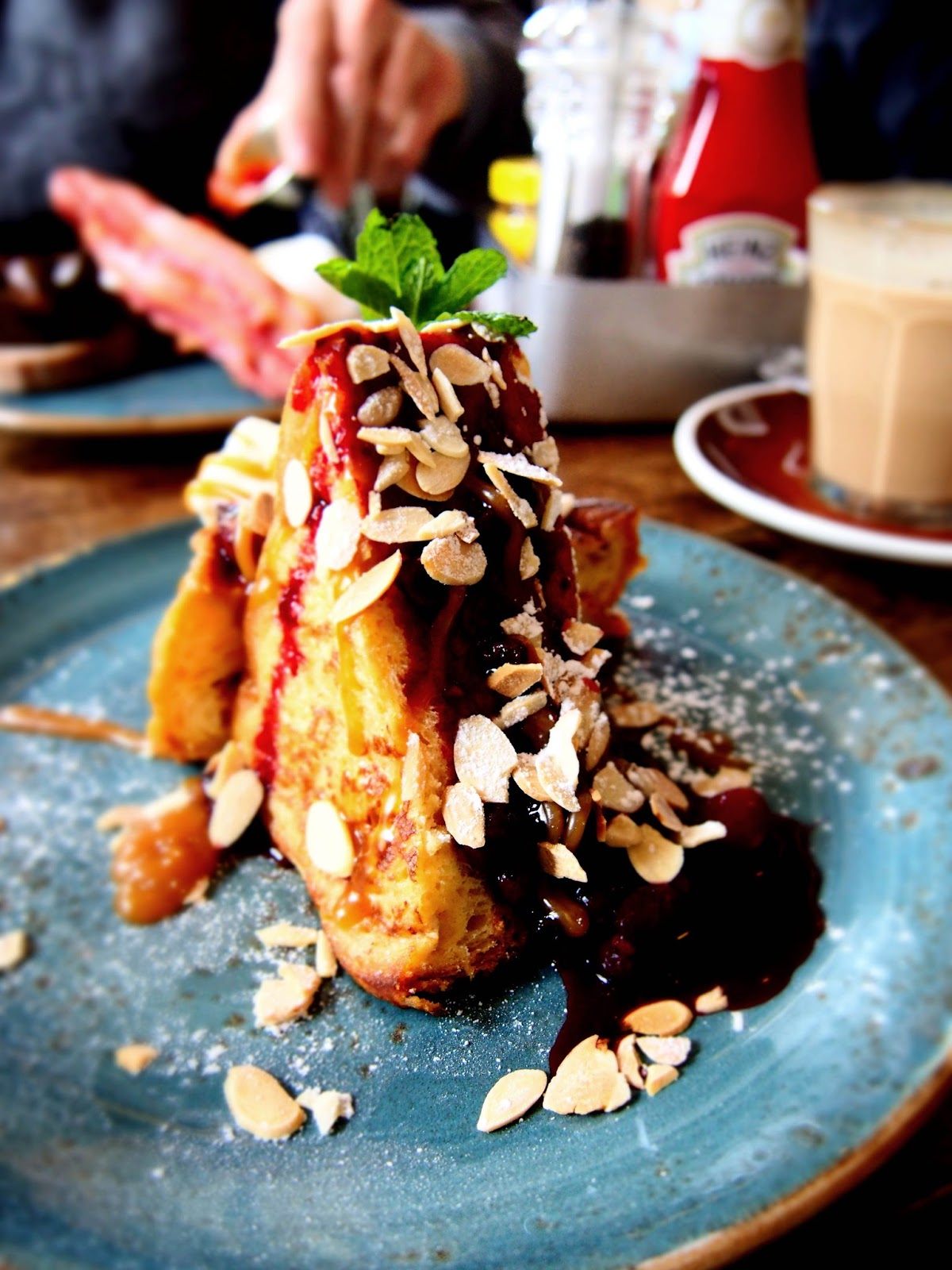 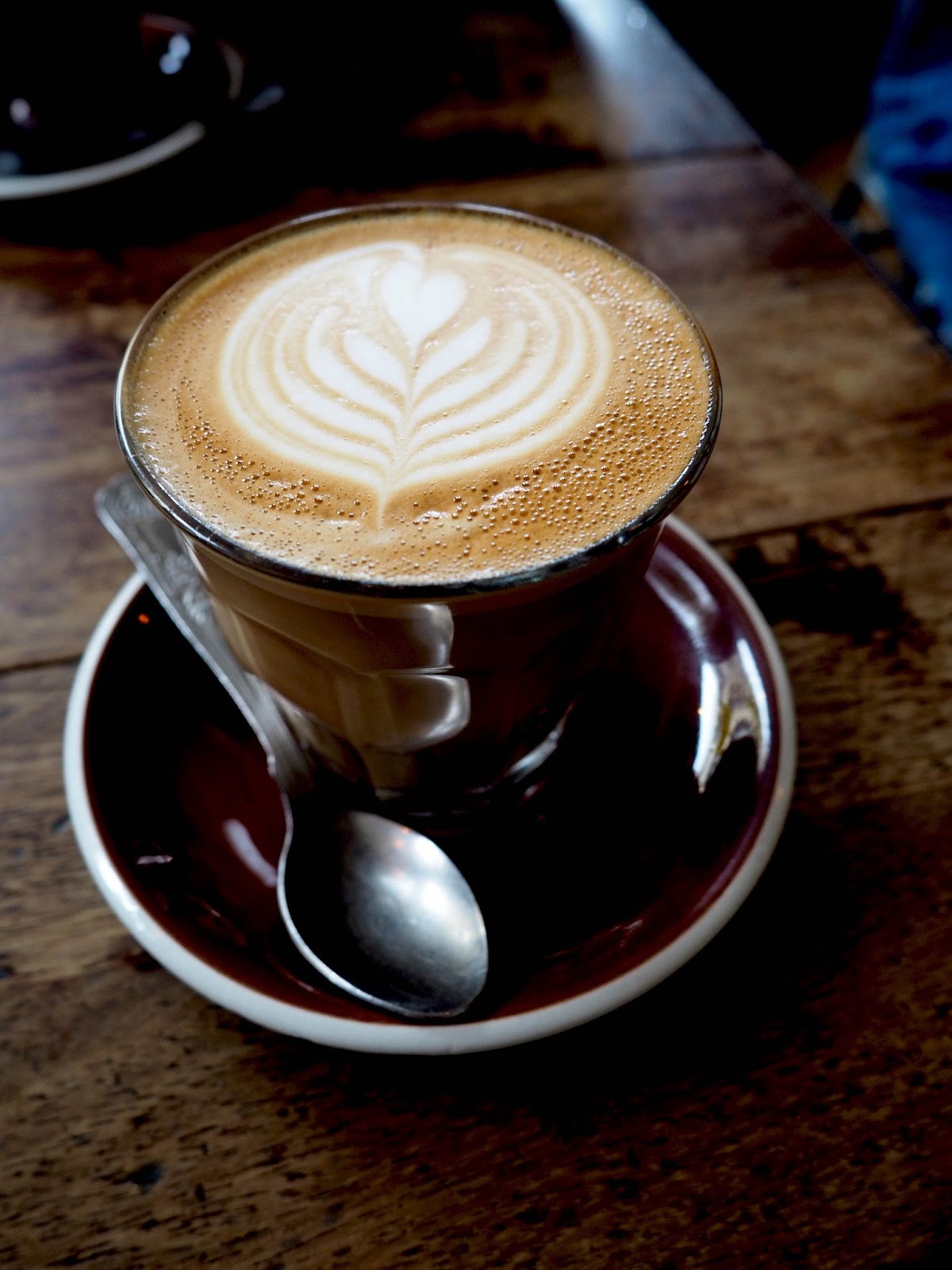 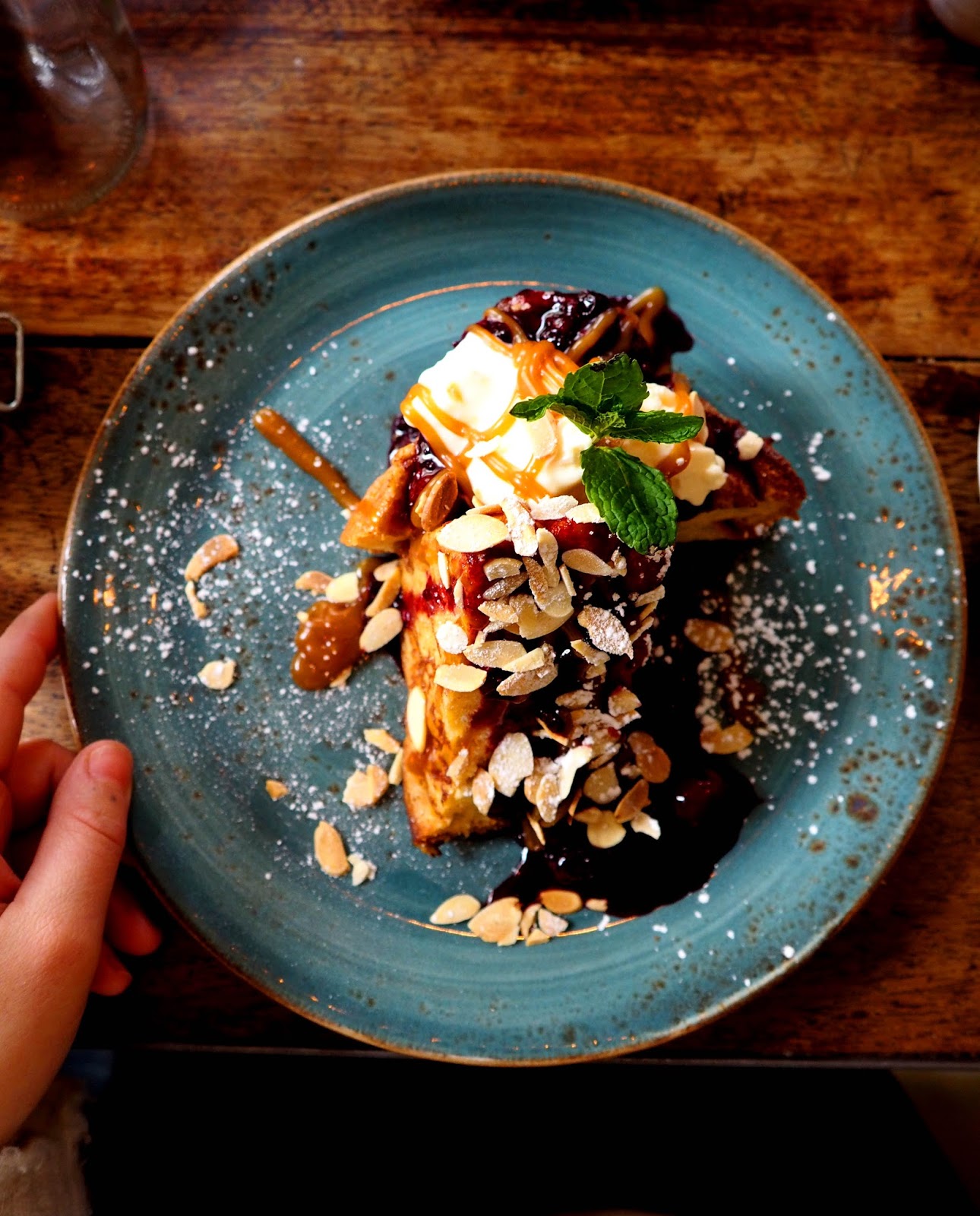 The Cafe itself is pretty Diddy and obviously breakfast and lunch are the busiest times so bear that in mind when you go, I opted for the french toast and it was bloody amazing literally massive wedges of goodness. I’m not to sure what ben went for but he added a few things to his plate like extra mushrooms and bacon and he seem pretty happy with his choice. The atmosphere is very lively and it’s probably not one of those cafes you could stake out and work from for a few hours as the turn over of customers was pretty high and a little hectic but it was such lovely cafe.

I’m a massive fan of a good coffee, but I am trying to cut down for my anxieties as to much coffee can push me over the edge but I had to have two as they were so tasty, we did finish off our breakfast was a warm piece of banana bread that Ben was adamant to have with butter, I didn’t manage to snap a photo of said banana bread because we pretty much wolfed it down and it might of been up there with my top 5 breakfasts ever. So I think its really worth a visit to Federal Cafe if you are in Manchester because those Australians and New Zealanders really know how to make coffee.